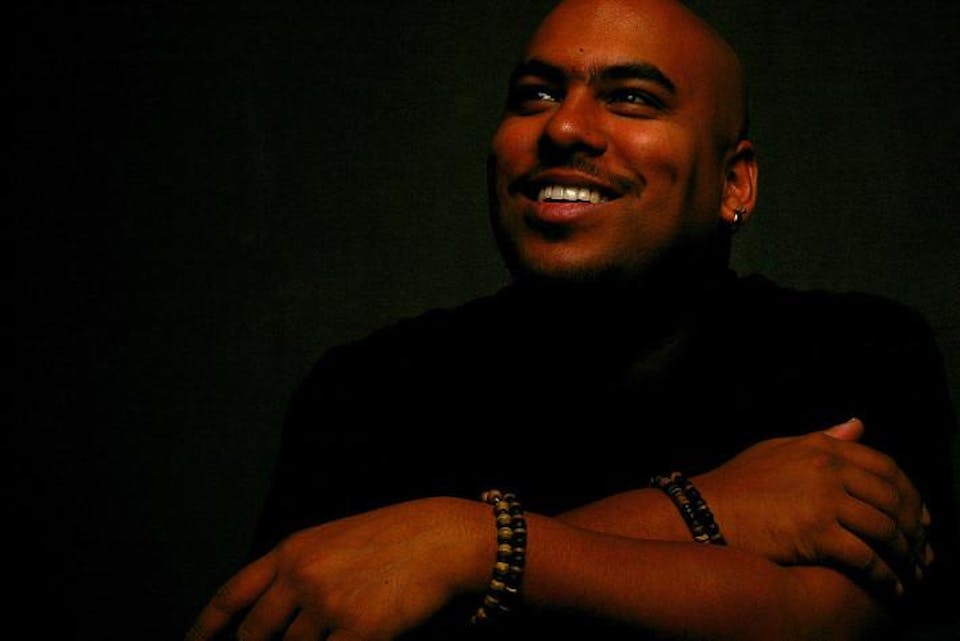 Hailing from the remote location of Perth, West Australia, saxophonist and composer Troy Roberts has received numerous accolades including 3 DownBeat Jazz Soloist Awards, 2 Grammy Nominations, and was the only Australian semi-finalist in the 2008 Thelonious Monk International Jazz Saxophone Competition. Graduating with a Bachelor of Music at the young age of 19, he has performed around Europe and the US extensively with artists such as Jeff ‘Tain’ Watts, Joey DeFrancesco, James Morrison, Aretha Franklin, Van Morrison, Christian McBride, Sammy Figueroa, Dave Douglas, Orrin Evans and Kurt Elling to name a few, and also completed a Masters Degree at The University of Miami. In 2012, he shared the stage in an international septet comprised of jazz giants Wayne Shorter, Richard Bona, Vinnie Colaiuta and Zakir Hussein for Herbie Hancock’s launch of the first ever International Jazz Day at The UN, NYC. He was also part of Hancock’s 2014 International Jazz Day held in Osaka, Japan performing with more jazz luminaries such as Gregory Porter, Marcus Miller, Esperanza Spaulding, John Scofield and Dee Dee Bridgewater. Troy is based in New York City, maintains a busy performance and recording schedule around the globe with some of the greatest jazz artists of today, and is currently celebrating his 8th record as a leader, Nu-Jive Perspective (Inner Circle Music).

“Roberts’ sixth release as a leader, “Secret Rhymes” is confirmation that redefinition of familiarity is entirely possible, and this will long be considered a new standard for years to come. This project embodies the spirit of contemporary improvised music in its purest and most urgent state, while maintaining the characteristics of nurturing and delicacy that give it balance and scope.”

“Roberts is a boisterous and effusive player, conversant but not busy. ‘Secret Rhymes’ has a bounce to it and Roberts excels here as a leader, with an awesomely arranged album with just a touch more arch than one can legally call straight-ahead.”

“Whilst it’s not common to display virtuosity, it’s even rarer to be wonderfully creative while doing so. But the rarest of all gifts is to have a unique voice; a sound that is unmistakably your own, Troy Roberts has this gift. He amply demonstrates that it’s possible to pay homage to the great tenor players of jazz and still create a fresh approach that leaves the listener always in anticipation of what he’ll come up with next.”

“While jazz is so strongly identified as swing, it is nice to see the next gen carving out their sound and ideas. Roberts, along with his well-equipped ensemble, is certainly up to the task – creating a jazz record that employs great playing and abundant ideas. Roberts, though young in age, certainly has an arsenal of abilities under his belt, and has the makings and foundation of a lasting great saxophonist. Versatile in style, with a strong grasp of yesterday and today, he is a force to be reckoned with no matter the setting. He is more than one to watch, he is one to follow closely.”

“…Substance and style will triumph over pretentiousness and ego every time. Roberts has a resume that will certainly make one sit up and take notice having shared the stage with such luminaries as Nicholas Payton, Orrin Evans and John Clayton. Nu-Jive 5 is Roberts fifth release as a leader and is brimming with vitality and that certain pop of originality that separates the “artist” from the “musician”…”