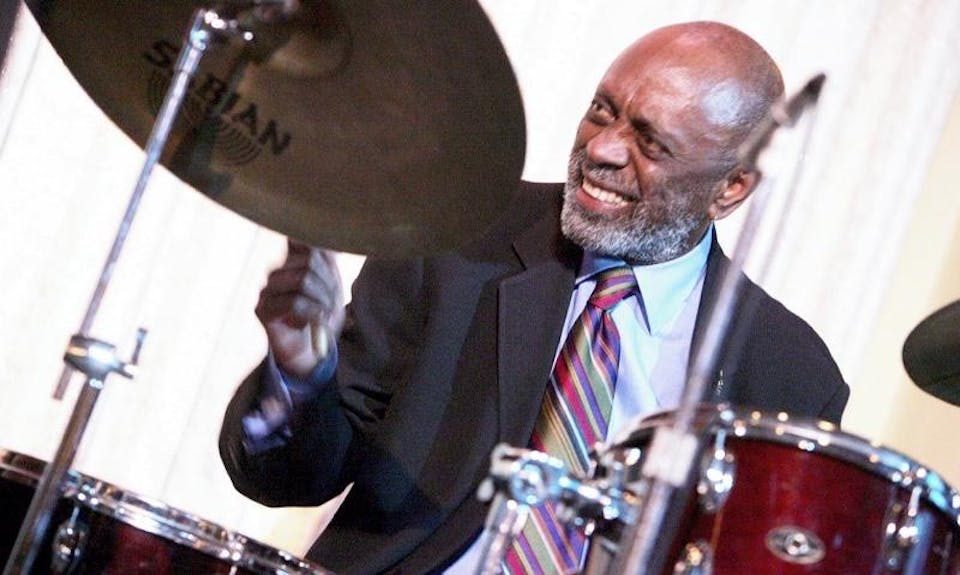 Facebook
Twitter
Email
The Birdland Theater is Proud to welcome Albert "Tootie" Heath to the stage on July 18th at 7pm and 9:45pm!

The younger brother of Percy and Jimmy Heath, Albert "Tootie" Heath has long been a top hard bop-based drummer with an open mind toward more commercial styles of jazz. After moving to New York (1957), he debuted on record with John Coltrane.

After an additional year in Europe, he joined the Heath Brothers band (1975-1978) and then settled in Los Angeles, where Tootie Heath continues freelancing, recording with the Riverside Reunion Band.