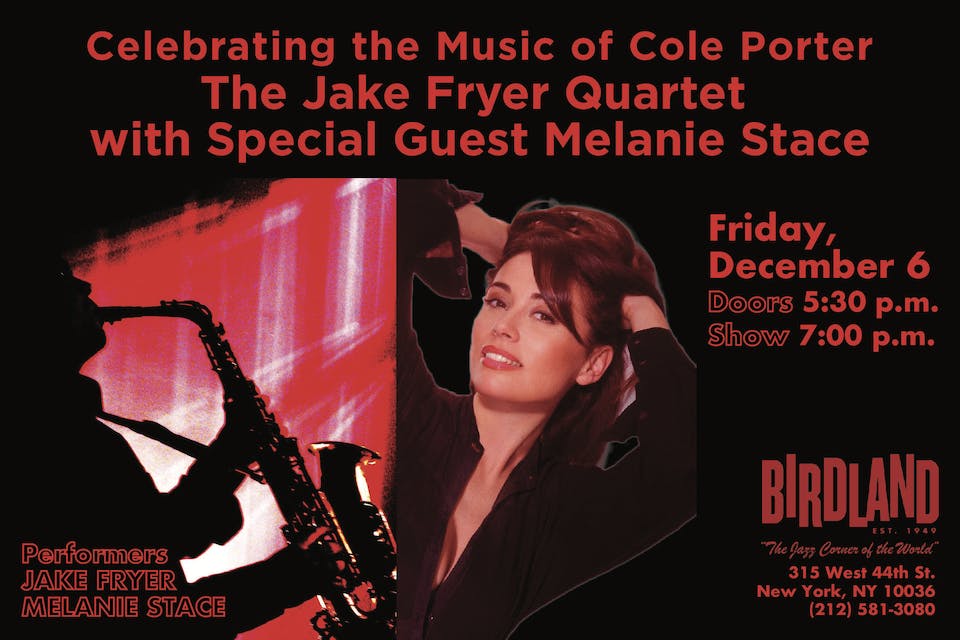 Celebrating the Music of Cole Porter

Facebook
Twitter
Email
Join us at the Birdland Theater for the Music of Cole Porter featuring Jake Fryer and Special Guest Melanie Stace!

"Jake Fryer is a stellar saxophonist who has earned a reputation as a player to be watched." - L.A. Jazz Scene

His debut album "On Our Terms" was signed to a record label in the UK and sparked a tour in theatres, festivals and clubs across the country. His second album "In Good Company" was recorded in San Diego with bebop maestro Bud Shank and his quartet.It was signed to The American label Capri. This received excellent reviews including the following:

"Fryer comes across as an equally fleet fingered saxophonist who serves as a good foil to Shank."

Recent recordings have included a centennial birthday tribute to Dizzy Gillespie with trumpet master Randy Brecker and a collaboration with bebop brother Richie Cole entitled" Getting Down to the Nitty Gritty".

Jake is thrilled to be making his debut at Birdland with such a stellar band and the fabulously talented Melanie Stace. 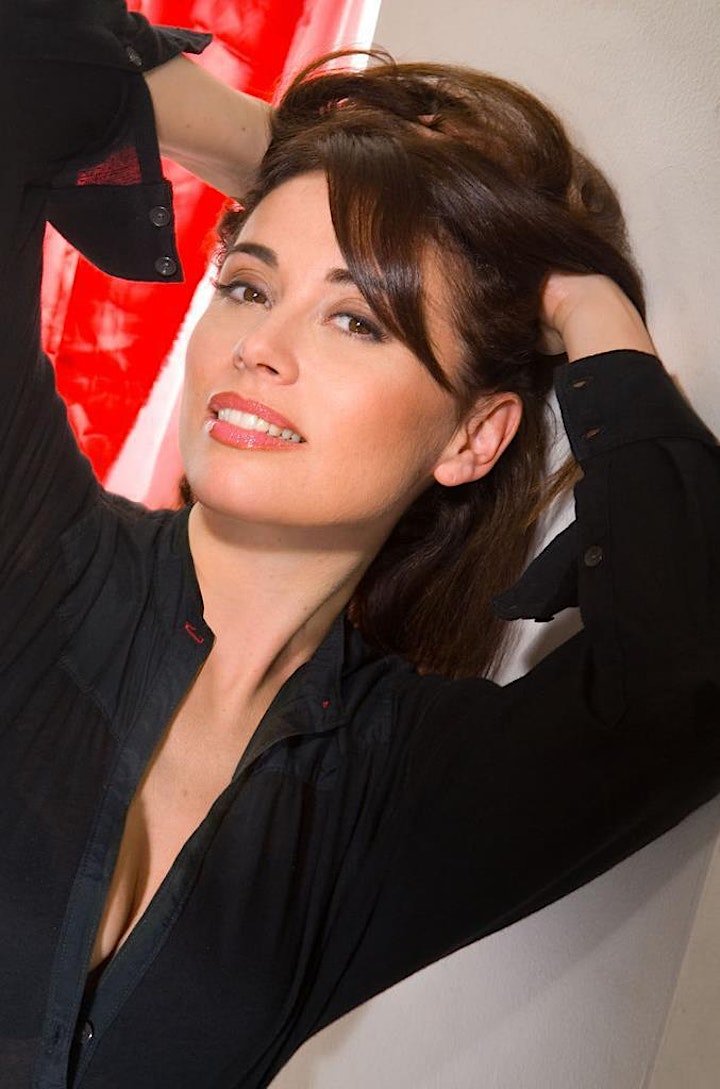 Melanie Stace has appeared on stage and screen all over the world.Highlights’ include appearing on The Royal Variety Show in the presence of HRH The Prince Of Wales, The London Palladium, playing leading lady roles including: Polly Baker in the Tony Award winning musical Gershwin Musical Crazy For You, April in the Lawrence Olivier Award winning Tap musical Hot Shoe Shuffle,and Lola in Barry Manilow’s Copacabana on the West End. She has performed her show in London, Berlin, Amsterdam, Buenos Aires, Moscow, San Francisco and in New York in such legendary venues as The Metropolitan Room, Feinsteins at The Lowes Regency, 54 Below and Birdland: Jazz Corner Of The World. She has also headlined numerous times with her show "Melanie Stace Steppin ' Out With The BBC Big Band."

Her debut album How Lucky, featured songs she much admired and had performed in Musical Theatre, Her second album, The Key To Me, is in a completely different musical genre and all of the songs are original,

written by Stace and her writing partner, Wayne Brown. Melanie is thrilled to be returning to Birdland, a place she fell in love with, and has performed at frequently since she re-located to the

In the words of one US Critic : “Stace possesses an extraordinarily and powerful voice, with all the range and emotion to send shivers down your spine".