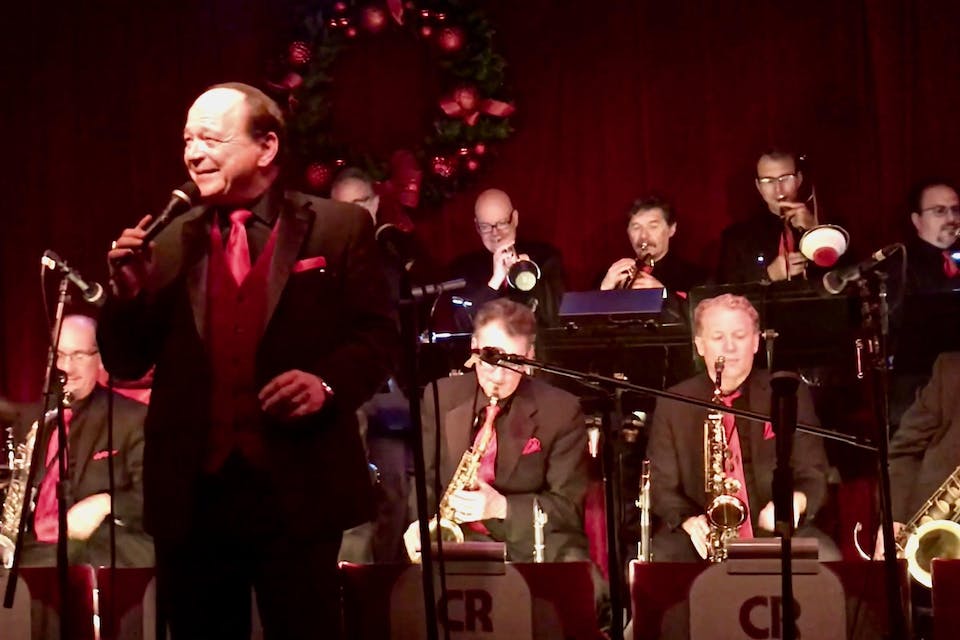 Join the City Rhythm Orchestra for their annual Christmas show "Holiday Style!”, as they cook up exciting and innovative versions of seasonal classics. In addition to their renowned big band sound, the group features vocalist Steve Ritrovato and many fine soloists. The evening is sure to put you in the holiday spirit!

The City Rhythm Orchestra has been dazzling audiences for over 35 years and has earned the reputation as one of today’s finest big bands. Led by Pete Spina and Nick Vallerio, the group has consistently created music with a distinct style and sound. They’ve been praised by audiences and critics in both their hometown of Philadelphia and around the world. Their non-stop energy was dubbed “great music and great fun” by the New York Times.

The band has been featured at major concert venues throughout the USA and in Europe, with notable shows at the Kimmel Center, Mann Music Center, Lincoln Center, Highline Ballroom, Birdland, the Blue Note, Glen Echo Ballroom, Sweets Ballroom, and at festivals in Rome, Florence, Perugia, Amsterdam, Cologne and Bordeaux. They have recorded several successful CDs, including “Goin’ to Town” (1994), “Swinging Blue” (1997), “City Rhythm Strikes Again” (1999), “Sounds of Hope” (2001), “Vibrant Tones” (2005), and “Songs You Can Live By” (2012). “Vibrant Tones” featured renowned jazz artist Joey DeFrancesco on the Hammond B3 organ and earned a spot on the national jazz charts for 18 weeks.

The band last appeared at Birdland in June when they performed their spirited tribute to Count Basie and Frank Sinatra. They are excited to be returning to present this very special holiday show.