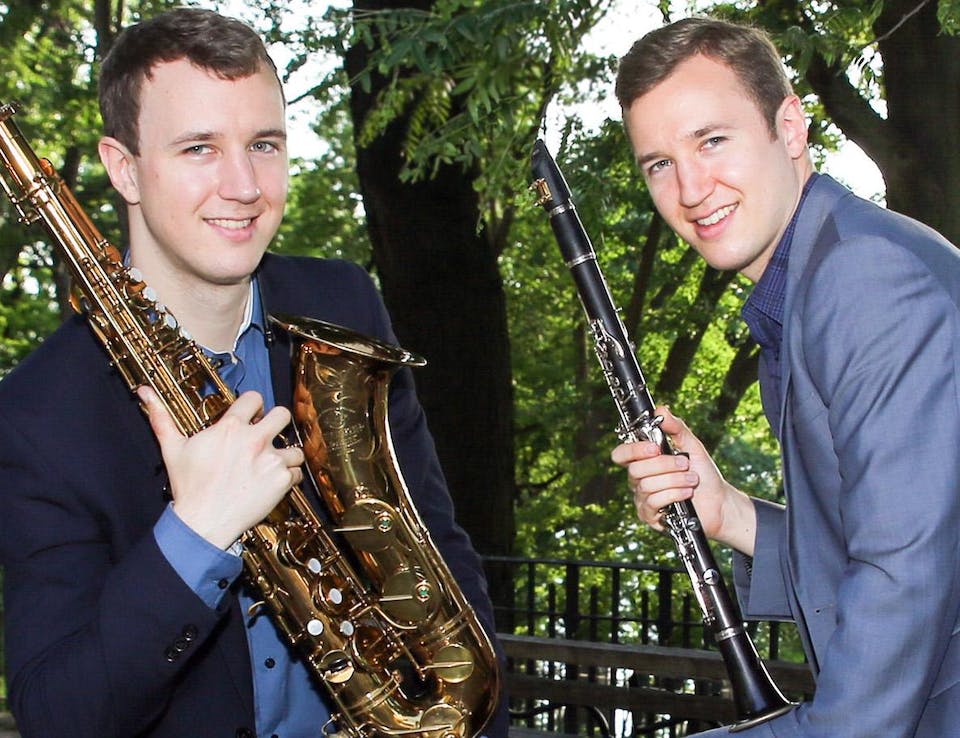 Facebook
Twitter
Email
Join us at the Birdland Theater for a night of Cole Porter with The Anderson Brothers!

“Virtuosos on clarinet and saxophone” (New York Times), identical twins and Juilliard graduates Peter and Will Anderson are one of the most extraordinary musical acts today performing captivating, classic jazz. Born and raised in Washington D.C., the Anderson's have headlined at The Blue Note, Jazz at Lincoln Center, The Kennedy Center, New Orleans Jazz Festival, Feinstein’s 54 Below, live on Garrison Keillor’s Prairie Home Companion, and can be heard on the Grammy-winning soundtrack of HBO’s Boardwalk Empire with Vince Giordano’s Nighthawks. Vanity Fair magazine listed their debut album alongside Miles Davis in “Four New Releases to Make You Love Jazz,” and the Washington Post called their music “imaginatively unfolding in ways that consistently bring a fresh perspective to classic jazz.” Peter and Will received a 2014 Drama Desk nomination for their Off-Broadway Show, Le Jazz Hot (one of eight of their productions at 59E59 Theaters), and are 2018 Bistro Award winners. On Monday, December 2nd at the Birdland Theater, they will feature the music of composer and lyricist Cole Porter, with songs including "Night & Day," "Begin the Beguine," "I Get a Kick out of You," "I've Got You Under My Skin," and "Just One of Those Things."