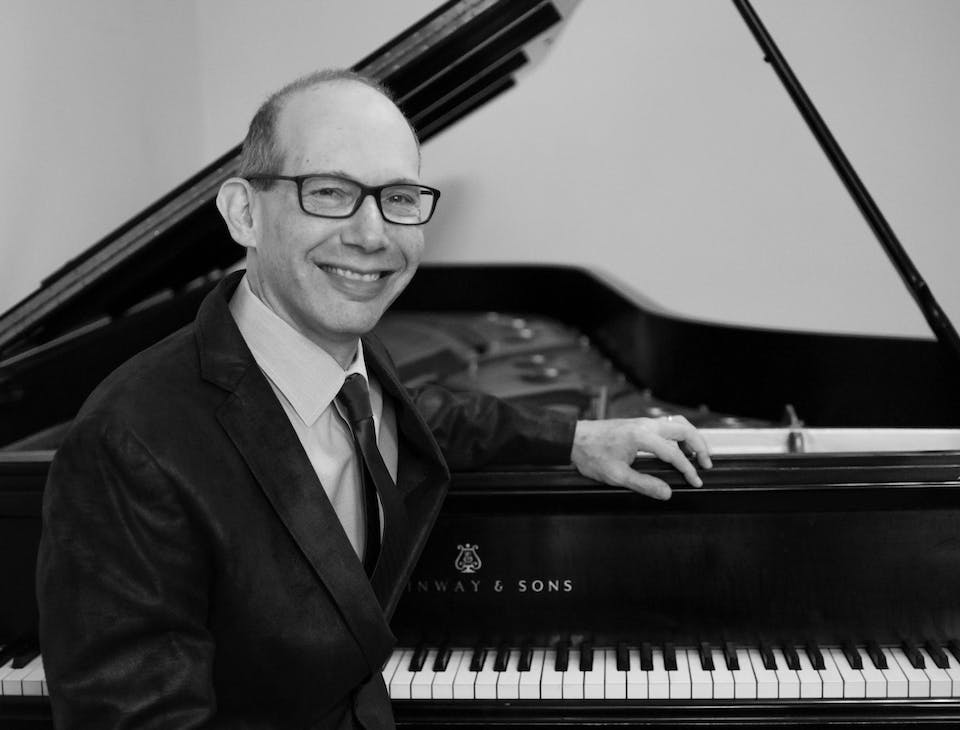 Ted Rosenthal is one of the leading jazz pianist/composers of his generation. He has performed worldwide as soloist, with his trio, and with many jazz greats, including Gerry Mulligan, Art Farmer, Phil Woods, and James Moody. He has also performed with top vocalists including Ann Hampton Callaway, Kurt Elling and Barbara Cook. Winner of the Thelonious Monk International Piano Competition, Rosenthal has released 15 critically acclaimed CDs as a leader. His latest, Rhapsody in Gershwin, reached #1 on iTunes and Amazon. Rosenthal has been a featured soloist with major American orchestras including the Detroit Symphony. Rosenthal composes music ranging from jazz tunes to orchestral works, ballet scores (Alvin Ailey), and his jazz opera, "Dear Erich," was premiered by New York City Opera in January, 2019. Rosenthal is on the faculties of The Juilliard School and Manhattan School of Music. www.tedrosenthal.com