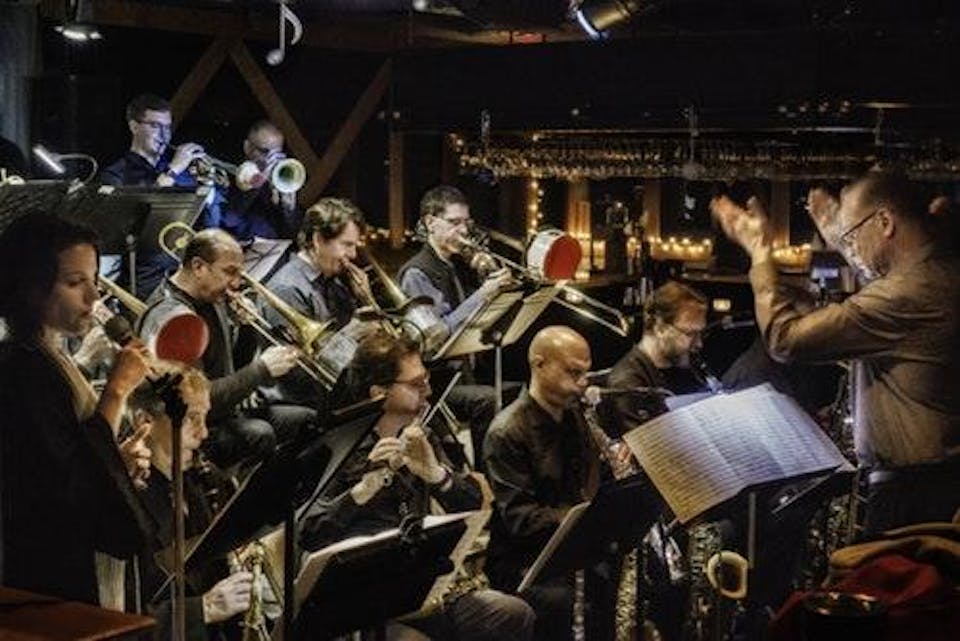 After years of writing commissions for big bands lead by Dave Liebman, Bill Mobley, the Westchester Jazz Orchestra, and groups in Rome and Osaka, Scott Reeves formed his own big band in 2008. Since then, his 18-piece ensemble has recorded two CDs on the Origin label - Portraits and Places, and most recently Without a Trace - and has performed at venues such as Dizzy’s Club Coca Cola, Smalls Jazz Club, Trumpets, the Tea Lounge, and several universities.

London Jazz News: “His new release, Without a Trace, contains originals and standards, colourfully orchestrated, with an intimate, club-like ambience. These pieces really are ‘composed’…there is always a feeling of forward travel.”

All About Jazz: “Reeves is a resourceful writer with…a keen ear for melody, harmony and counterpoint, his arrangements scrupulously burnished and invariably engaging.”

Scott’s CDs and arrangements may be purchased at www.creativejazz.com/albums with digital downloads available at Band Camp, Amazon, and iTunes.