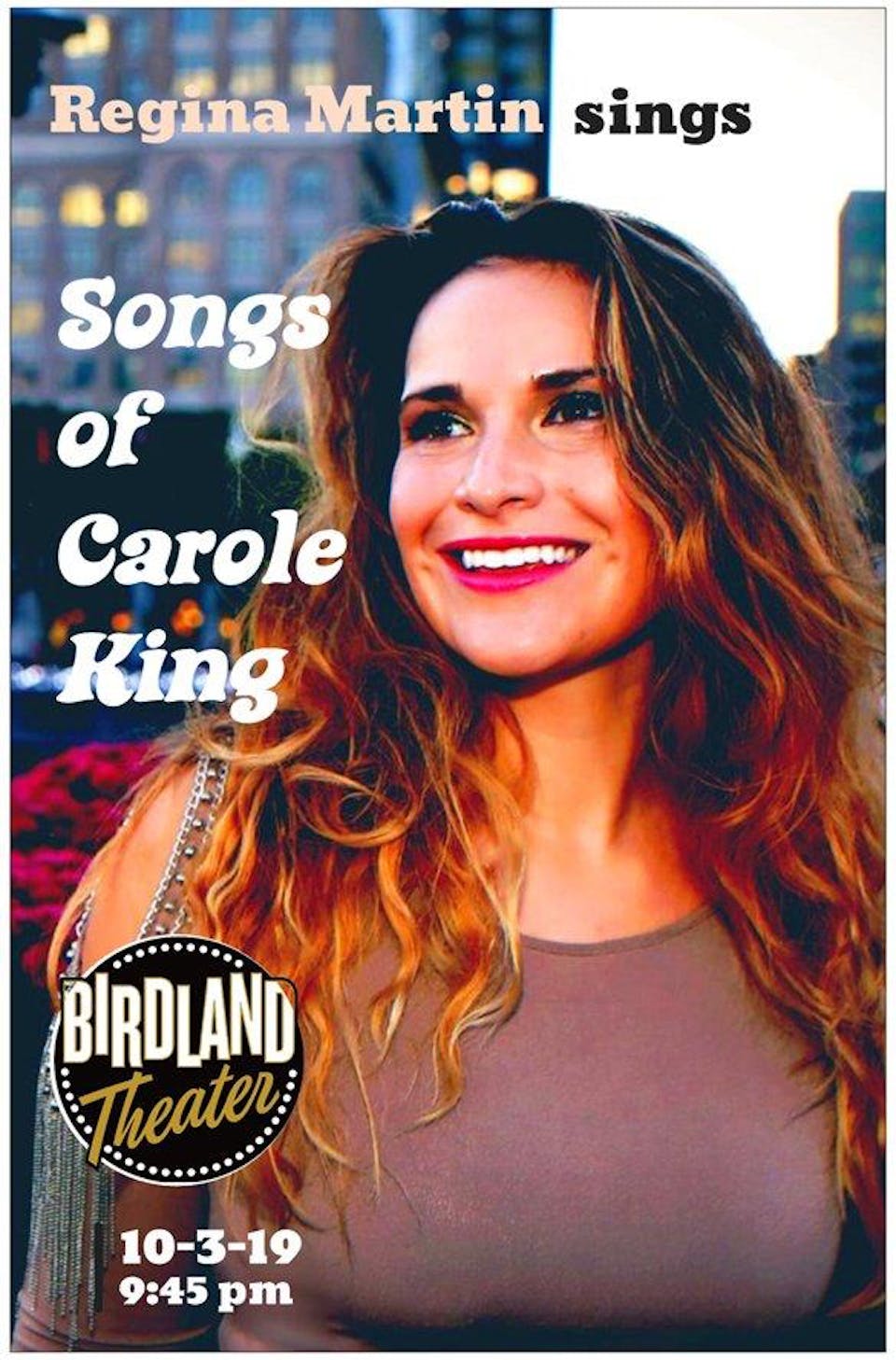 The Birdland Theater Presents: The Songs of Carole King, a tribute to the living legend who will be appearing at Global Citizen's Festival the same week!

A block away from "Beautiful", the musical that stories Carole King's life, Regina Martin appears for a 2nd time this year (previously tributing Janis Joplin in May) at Birdland's Cabaret style theater downstairs for a unique take on Carole King's work.

Born in San Jose, California, Regina L. Martin has been performing since the age of 3. Her father launched her onto his shoulders to duet with the toddler in "Cry, Cry Baby" at his nightclub residency in 1990. Her mother, a singing drummer featured on Ted Mack, taught her basic harmony parts via “Oldies” on the radio. At 13, Regina gained the attention of country music legend, Brenda Lee who said, “Kid, you’re going places.”

Regina's single, Sweet Child of Mine comes out next month on Itunes, Spotify, & Tidal. Her inspirations include Judy Garland, Aretha Franklin, and Janis Joplin. She has performed for Richie Cannata, Mark Whitfield, Stanley Banks and more.

“Regina has a presence on stage that stays with you. Her voice is always full of emotion and control. Regina knows how to command an audience. It's real. From the heart. There is no acting, or trying to be some one else”.