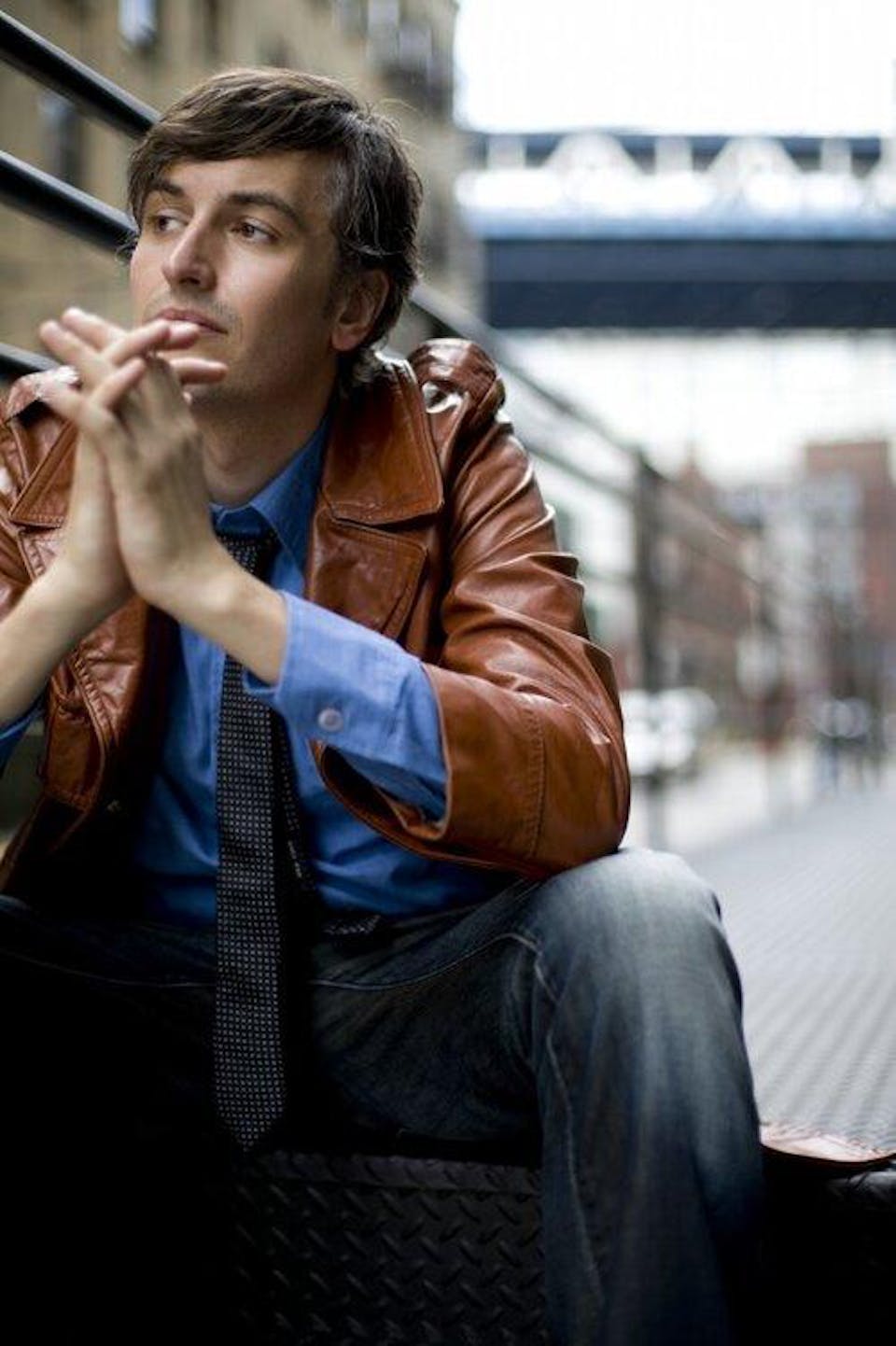 Randy Ingram (pianist/composer) has been hailed as “gifted” (Jazz Times) and “a formidable composer” (The San Francisco Chronicle). “A young pianist drawn to contemporary harmony and a sleek rhythmic sensibility… Astute, self-possessed” (The New York Times). “He’s got a crystalline sound, rich and wide open, and knows how to state a melody with spacious chords, veering into logical solos that wander into intriguing lands” (Jazz Weekly).

Ingram’s upcoming recording for Sunnyside Records, The Means of Response, is an intricate, virtuosic and powerful protest record. As a new father, he channels his concern over the terrifying racism, xenophobia and injustice that have come to define America today, and offers instead a message of solidarity and hope for his son. Largely composed during his residency at New Hampshire’s legendary MacDowell Colony following the devastating news of the 2016 election, Ingram uses the musical tools at his disposal to channel his feelings and to engage listeners, hopefully inspiring others to action. The Means of Response features his trio of bassist Drew Gress and drummer Jochen Rueckert, two of jazz’s most esteemed veteran sidemen.

Ingram’s previous record, The Wandering is an intimate collection of duets with Drew Gress, and was released to critical acclaim on Sunnyside Records in 2017.. Born out of a desire to develop and express his pianistic voice, The Wandering is an unencumbered look into his musical identity as an interpreter, improviser and composer. Dr. Jazz Magazine (NL), describes The Wandering as “Crystal clear, open and rich in tone. In terms of feel and atmosphere it reminds me a lot of the LP Intuition, from pianist Bill Evans and Eddie Gomez from 1974. This is equally lyrical, somewhat ethereal piano music. No small praise.” Ingram and Gress have toured Europe twice since the release of The Wandering, playing venues including the Unterfahrt in Munich, the Jazz Dock in Prague, and Copenhagen’s famous Jazzhus Montmartre. Ingram also brought the music from The Wandering to Japan in 2018 on a duo tour with SF Jazz Collective bassist Matt Brewer.

Randy Ingram was born in Anchorage, Alaska. His parents relocated to the warmer climate of Southern California when he was three, settling in Laguna Beach, California, a small town with an outsized appreciation for art and music. A piano student since the age of four, Ingram’s passion for jazz blossomed in high school, when he formed a trio with two musician friends that have gone on to earn Grammy nominations: bassist/producer Billy Mohler (Herbie Hancock/Dolly Parton), and drummer Nate Wood (Kneebody/Donny McCaslin). Ingram earned scholarships to the University of Southern California, where he received his Bachelor’s degree in Jazz Performance, and The New England Conservatory (NEC), where he received his Master’s of Music.

Along the way he was mentored by pianists Alan Pasqua, Danilo Perez and Fred Hersch, as well as legendary composers George Russell and Bob Brookmeyer. Shortly after graduating from NEC, Ingram was selected to attend the Kennedy Center’s Betty Carter Jazz Ahead Program in Washington, D.C. A move to Brooklyn followed, where he lives today. A recipient of the ASCAP Young Jazz Composer’s Award, Ingram has established himself as an integral part of the NYC music community. In the words of his mentor Fred Hersch, “Randy Ingram is among the vanguard of young jazz pianists on the New York scene. He plays with finesse, thoughtfulness and passion.”