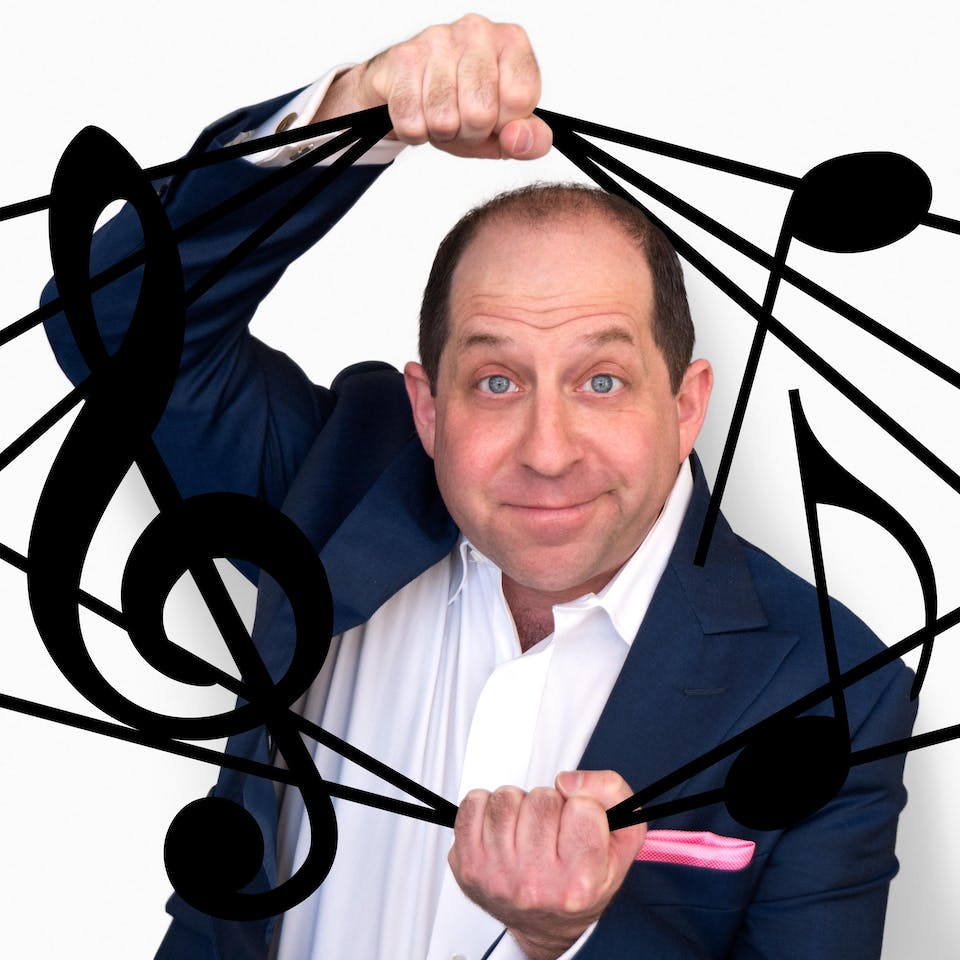 Whether you recognize him from Broadway (The Drowsy Chaperone, Relatively Speaking) or TV (Kimmy Schmidt, Curb Your Enthusiasm, The Practice), you’ve never seen Jason Kravits quite like this. In a performance Cabaret Scenes calls “fearless, mega-entertaining and addictive,” Jason invents an entire cabaret, from scratch, right before your eyes. Every song, every lyric, every show-biz anecdote, humblebrag and overshare…made up, on the spot, based on your suggestions. Backed by the most daring band in the business, and featuring very special guests, Jason creates a solo, improvised musical-comedy high-wire act you’ve got to see to believe. It’s the show of a lifetime…every time!

Jason Kravits has performed on Broadway in both plays (Relatively Speaking, Sly Fox) and musicals (The Drowsy Chaperone). However. he is probably best known for his work on television, most notably for two seasons on ABC’s The Practice, playing ADA Richard Bay. Other notable appearances include The Unbreakable Kimmy Schmidt, Major Crimes, Curb Your Enthusiasm, Smash, Madam Secretary, The Blacklist, Gilmore Girls and 30Rock. Upcoming appearances include roles on The Deuce, Startup and The Kominsky Method. Over the last year, he has performed his solo, completely improvised cabaret “Off the Top! with Jason Kravits” in eight cities on three continents, including sold-out shows at the Edinburgh Fringe Festival, Adelaide Cabaret Festival and at London’s Brasserie Zédel.

Off The Top! With Jason Kravits