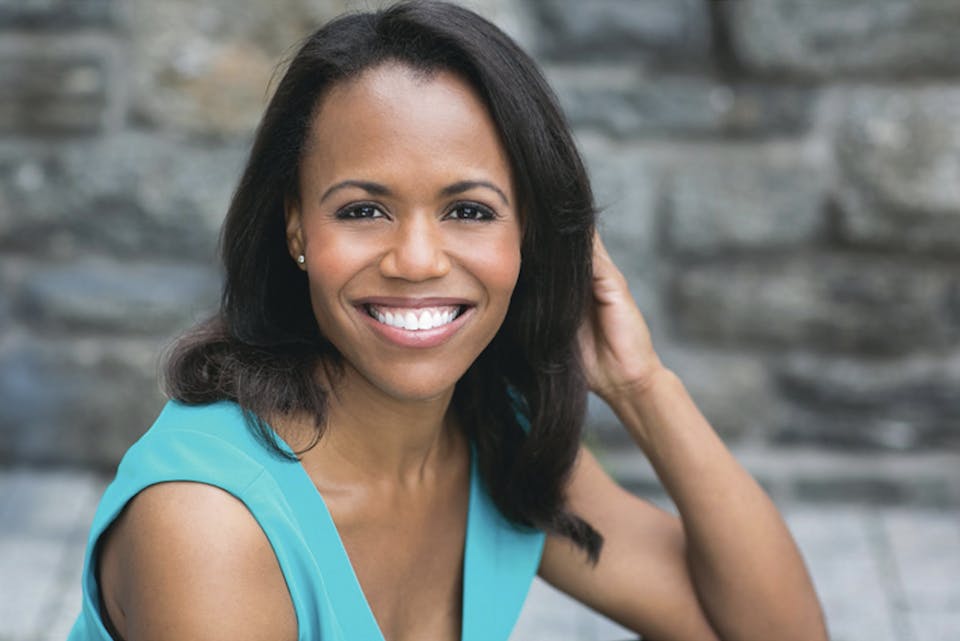 Thursday, November 19 at 7pm, Broadway singer/actor Nikki Renee Daniels will be in the spotlight.

Spend the evening with Nikki Renee Daniels as she sings songs from her Broadway career and personal life. She explores the journey from young actor to motherhood and everything in between. As we live in these challenging times, Ms. Daniels brings an uplifting message of hope.

Nikki Renée Daniels will be in the upcoming Broadway revival of Company, playing Jenny. She recently completed the Chicago run of Hamilton, as Angelica Schuyler. On Broadway she has starred in The Book of Mormon and the 2012 Tony Award Winning Broadway Revival of The Gershwins’ Porgy and Bess. Other Broadway credits include Fantine in Les Miserables, Anything Goes, Aida, Nine, Little Shop of Horrors, Lestat, and The Look of Love. Nikki made her New York City Opera debut as Clara in Porgy and Bess. Other New York credits include Martha Jefferson in 1776 at City Center Encores! and Rose Lennox in The Secret Garden at David Geffen Hall. On television she has been featured on “Chappelle’s Show,” “Madam Secretary,” and “The Sound of Music: Live.” She has performed as a soloist with numerous symphony orchestras across the country and Canada, and at Carnegie Hall. Nikki holds a BFA in Musical Theatre from the University of Cincinnati, College-Conservatory of Music. Her debut solo CD, “Home” is available on iTunes and CDBaby.com.