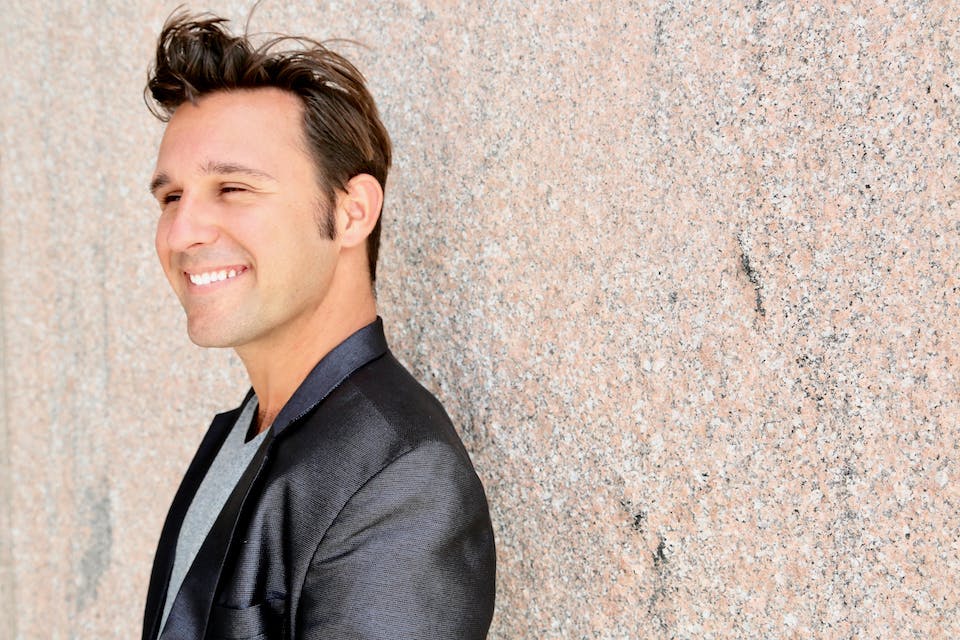 Seating is first come first serve for table AND BAR

Birdland Theater is proud to announce that singer Nicolas King will return to the stage on Tuesday, November 19 at 7pm.

Named “a promising pop-jazz singer” and a “polished crooner” by the New York Times, Nicolas King infuses his Broadway roots with pop and jazz in a swinging concert that “makes waves faster than a raging tsunami.” (Theater Scene). Musical director for the shows will be the legendary Mike Renzi.

Nicolas King was first seen on Broadway in Beauty and the Beast, in A Thousand Clowns opposite Tom Selleck, and Hollywood Arms directed by Hal Prince, all before age thirteen. Other credits include originating the voice of Oscar in Discovery Kids “Kenny The Shark,” eight consecutive annual performances on The Jerry Lewis MDA Telethon, ABC’s “The View,” NBC’s “Today,” and twice on “The Tonight Show with Jay Leno.”

Nicolas went on the road with his mentor Liza Minnelli to perform as her opening act from 2002-2012 and has opened for and shared the stage with the likes of Carol Burnett, Tony Danza, Lainie Kazan, Faith Prince, Jack Jones, Robert Klein, Clint Holmes, among many others. The Mabel Mercer Foundation awarded Nicolas their Julie Wilson Award at the 2010 Cabaret Convention. He has also appeared in more than a dozen national television commercials and various performances across the country, including Carnegie Hall, Birdland and Lincoln Center. His new album (“On Another Note”) is available now at all music retailers.