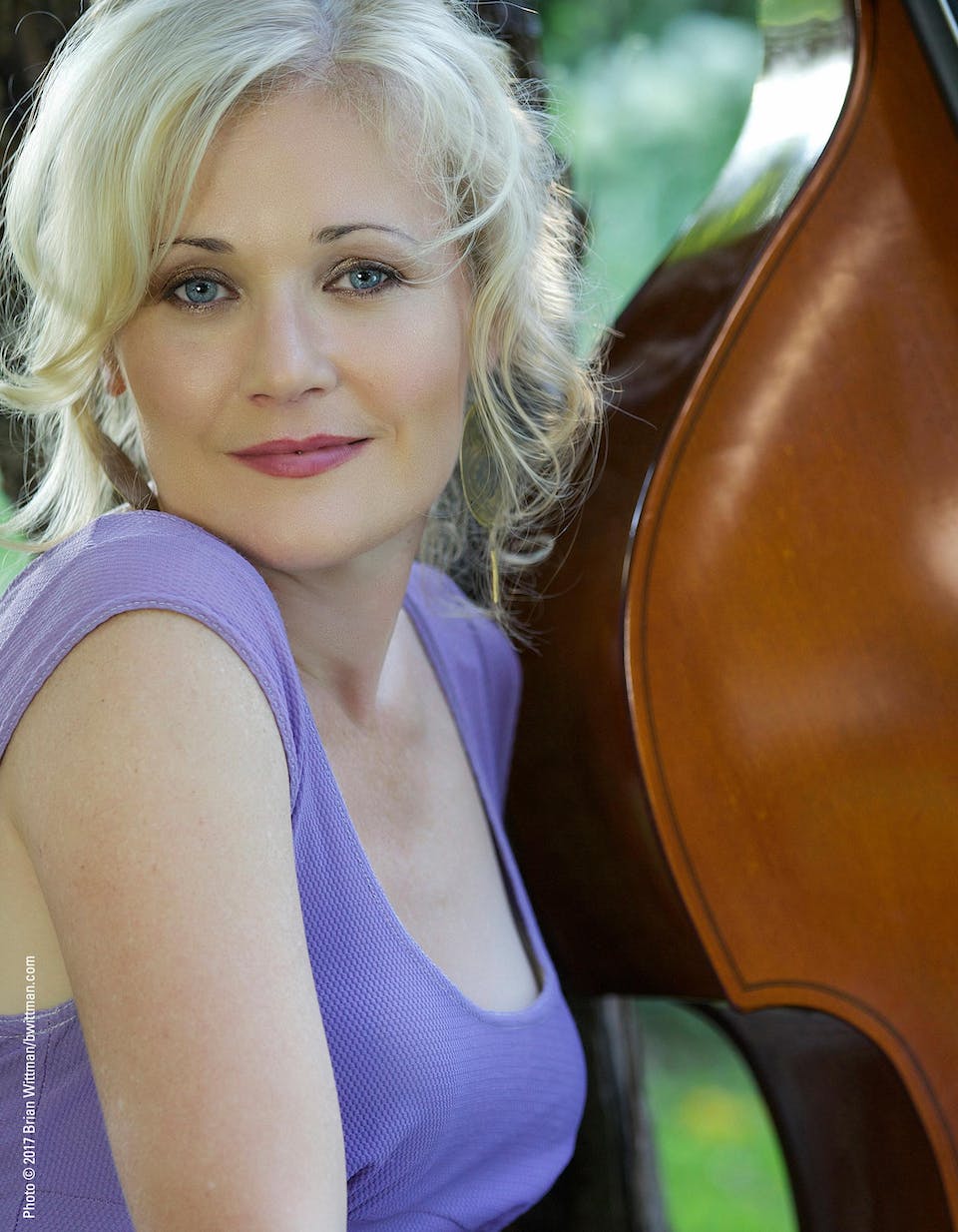 Born in Newcastle, Australia, Nicki started her musical training at age four with the piano, followed by the flute, soon after. Nicki switched to double bass at the age of 15.

After graduating high school she moved to Sydney to study jazz at the New South Wales Conservatorium of Music where she began to play with Australian musicians such as Mike Nock, Dale Barlow, Paul Grabowsky, Bernie McGann, and Ten Part Invention. She also toured Australia with Russian musicians Daniel Kramer and Alexander Fischer and American trumpeters Bobby Shew and Chuck Findley. She continued her studies with various bassists including visiting artists Ray Brown and John Clayton.

Nicki was the recipient of two awards, a scholarship to Pan Pacific Music Camps at the age of 16, and first place in the 1992 Jazz Action Society’s Annual Song Competition for her composition “Come and Get It,” which is the opening track of Nicki and her sister Lisa’s debut CD, “Awabakal Suite”. She was also nominated for the annual Australian Young Achievers Award by the Arts Council of Australia who granted her the funds to come to New York to study with Rufus Reid. Nicki came to New York in May 1994.

Nicki has also performed in several Broadway shows such as Avenue Q, Imaginary Friends, You’re a Good Man, Charlie Brown, Summer of ’42 and Jekyll and Hyde and has made several television and documentary appearances including The Gossip Girls, Chasing Sound and Thank You Les, which recently debuted on PBS.

In 2007 and 2008, Nicki received back to back honors for Swing Journal’s Best Jazz Vocal Album (Moon River and Fly Me to The Moon, respectively).

In 2012, Nicki headlined the Fujitsu Concorde Jazz festival after the release of her eighth CD from Venus Records, Sakura Sakura. She is currently recording her 16th release for the label.

“...A rarity, a first-class bassist whose playing is as sublime as her vocals.” - LIMELIGHT 2012

Nicki actively participates in continuing musical education for women, helping them further their careers and remain active in music well beyond their teen years. She takes pride in teaching music to inner-city children, giving them opportunities to express creativity, encouraging them to stay actively involved with school, and opening up brighter options for the future. Nicki involvement has included programs such as: Women in Jazz, New York Pops: Create A Symphony and Musical Mentors, WBGO-FM & NJPAC’s Jazz for Teens and Litchfield Jazz Camp.

Nicki welcomes the opportunity to provide mentoring skills for your advanced music students. Please contact us to discuss how she might help enrich your program