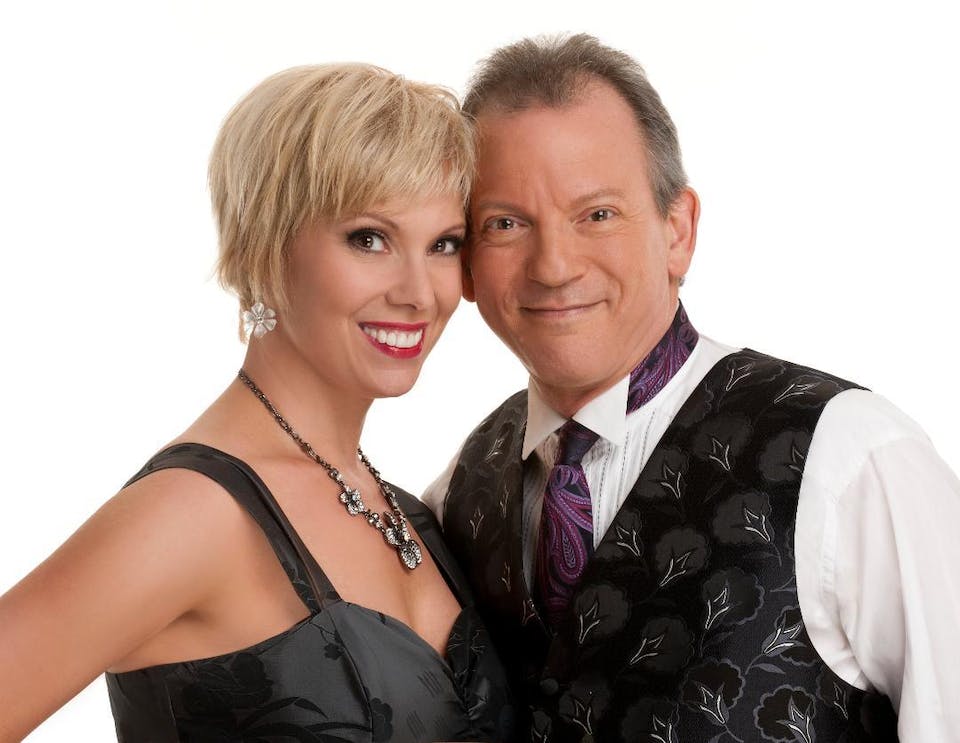 NYC nightlife duo and real-life spouses Michael Garin (piano and vocals) and Mardie Millit (vocals) are bringing their unique blend of genre-bending music and comedy to Birdland Theater with their show, “Michael & Mardie...And Other Delights.” Since they met in 2005, they have been performing together at such NYC hotspots as the Rainbow Room, the Monkey Bar, Le Cirque, 54 Below, and an infamous late-night Sunday gig at Elaine’s in its final years of operation. Originally from Greenbelt, MD (Michael) and Shadyside, OH (Mardie), they bring their childhood dreams of sophisticated Manhattan nightlife, along with musical virtuosity and a zany comic sensibility, to a dizzying range of musical styles, from classical to rock & roll, Broadway and country. In this ’60s-themed show, they cover tunes by Cream, Joni Mitchell, James Brown, Peggy Lee, and Bock & Harnick, just to name a few. “We like to think of ourselves as ‘Steve & Eydie Meet the Three Stooges,’” says Michael, who is currently the house pianist at the Roxy Hotel in Tribeca. “If you wonder how that’s possible, you’ll have to come to our show to find out!”