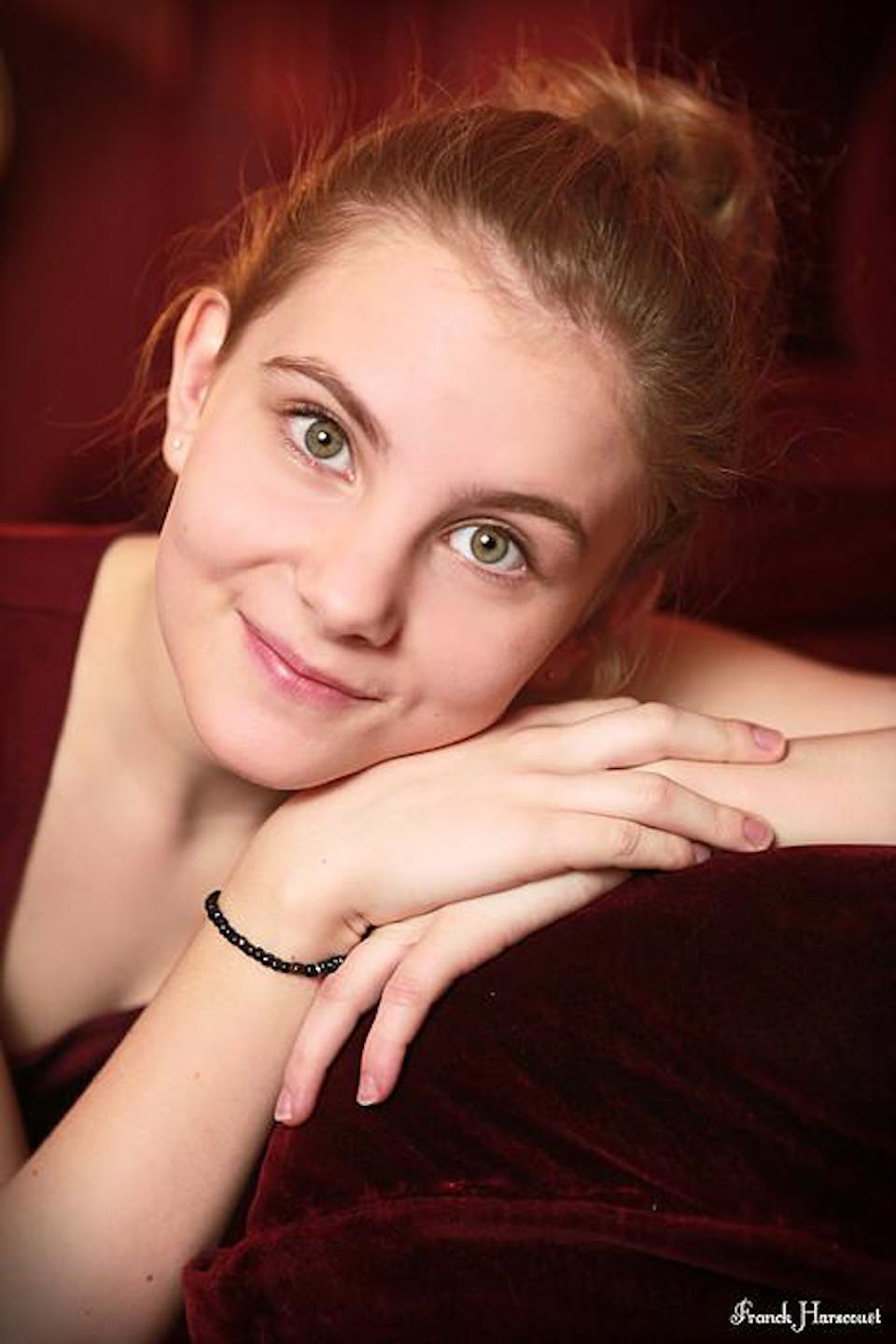 Birdland Theater is proud to announce that singer Marie Oppert will make her Birdland debut celebrating the release of her first solo album “Enchantée” (Warner Classics), which she recorded with the Lille Symphonic Orchestra, conducted by Nicholas Skilbeck.

Born in 1997, Marie Oppert began her musical studies at a very early age enrolling The Maitrise of Paris at the Regional Conservatory of Paris in a half-time music programme where she trained in choir singing, vocal technique, music theory, piano, clarinet and dance. Her first professional experiences offered her children’s roles on national French stages (The Adventures of Pinocchio’s national tour, The Sound of Music and Kurt Weill’s Street Scene at the Theatre du Chatelet in Paris) and she originated the lead role in Alice, the Musical at Theatre Clavel in Paris.

After having received her high school diploma, she became the youngest recipient of a Fulbright grant from the Franco-American commission in order to study in a Bachelor of Arts specialized in musical theatre at Marymount Manhattan College in New York. In 2017, Marie was the winner of a Special Award from the prestigious Lotte Lenya Competition of the Kurt Weill Foundation, being the youngest finalist ever of this competition, and also won the interpretation award of the International Singing Competition of Marseille (operetta category).

It was in 2014, that Marie gained recognition on the French stage by portraying the lead role of Genevieve in The Umbrellas of Cherbourg, at the Theatre du Chatelet, alongside Natalie Dessay and under Michel Legrand’s musical direction (DVD recording by Erato-Warner Classics). After this significant event, she interpreted roles such as Johanna in Stephen Sondheim’s Sweeney Todd at the Opera of Reims and Grand Theatre of Calais, Louise in Louis Varney’s operetta The Musketeers at the Convent at the Theatre Odeon of Marseille, Chloe in Frank Wildhorn’s Wonderland at the York Theatre of New York, the title role in the musical tale written by Timothee de Fombelle Georgia at the Cigale in Paris after having recorded the CD-book edited by Gallimard Jeunesse, Lucile, the leading lady of the new musical Quand la guerre sera finie composed by Nicholas Skilbeck at the Avignon Festival, Monique in the French operetta Un soir de reveillon with the Brigands company, Aglaia Ivanovna in the play The Idiot based on Dostoïevski’s famous novel at the Theatre 14 of Paris and at the Avignon Festival as well as the role of Eliza Doolittle in My Fair Lady at Orleans’ arena hall.

Marie also wrote and created her own cabaret shows in Paris: All Grown Up in 2014 at Broadway au Carre and New York Adventures at the Auguste Theatre in 2016. She was invited to perform in concerts in significant Parisian venues such as the Olympia, Salle Pleyel, Theatre Champs-Elysees, Radio France or at Birdland in New York. She recently was a guest for Michel Legrand's Tribute concert special event at the Grand Rex in Paris. In 2018/2019, Marie played the lead role in Jacques Demy and Michel Legrand’s Peau d’Ane first stage adaptation, directed by Emilio Sagi, for the re-opening of the Theatre Marigny in Paris, during 100 performances.