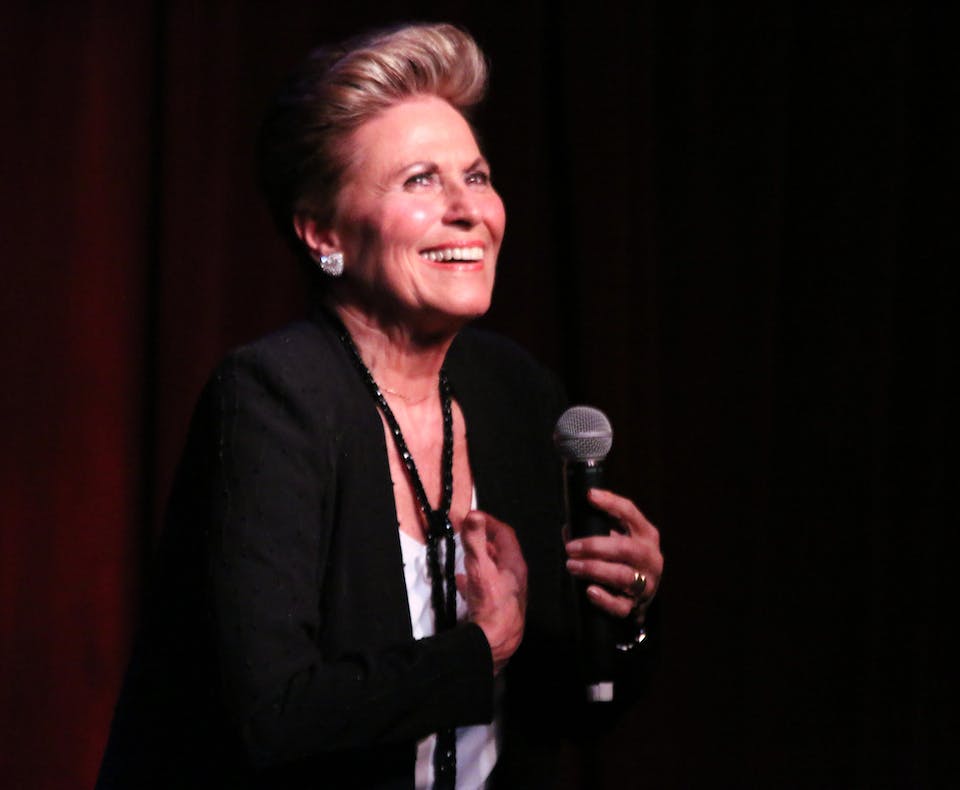 Birdland Theater is proud to announce that singer Lorna Dallas will return to the stage for one-night-only, Tuesday, December 3 at 7pm.

Last season, American born and London West End favorite Lorna Dallas returned to the New York cabaret world after a twenty-year hiatus. The reviewers were unanimous and unstinting in their praise. Now, in an encore performance, Lorna returns to Birdland Theater, with her acclaimed show on both sides of the Pond, Stages, devised by her two long time collaborators, musical director Christopher Denny and director Barry Kleinbort. Stages refers to those theaters and venues where Ms. Dallas displayed her formidable gifts as a singer and top tier interpreter of popular song. It also refers to the formative stages in a life; stages that have taken Lorna from a small town in Southern Illinois to the rarefied hothouse atmosphere of New Orleans, concert halls around the world, and on to dazzling nights in the West End with Sammy Cahn and Dame Cleo Laine. Those heady nights culminated in Royal Command performances for Queen Elizabeth and the Royal family. The musical program is equally diverse, ranging from unforgettable standards and show tunes by Broadway’s greats to little known but equally worthy gems. In short, Stages offers a treasure trove of glorious singing, intimate detail and heartfelt reminiscence.