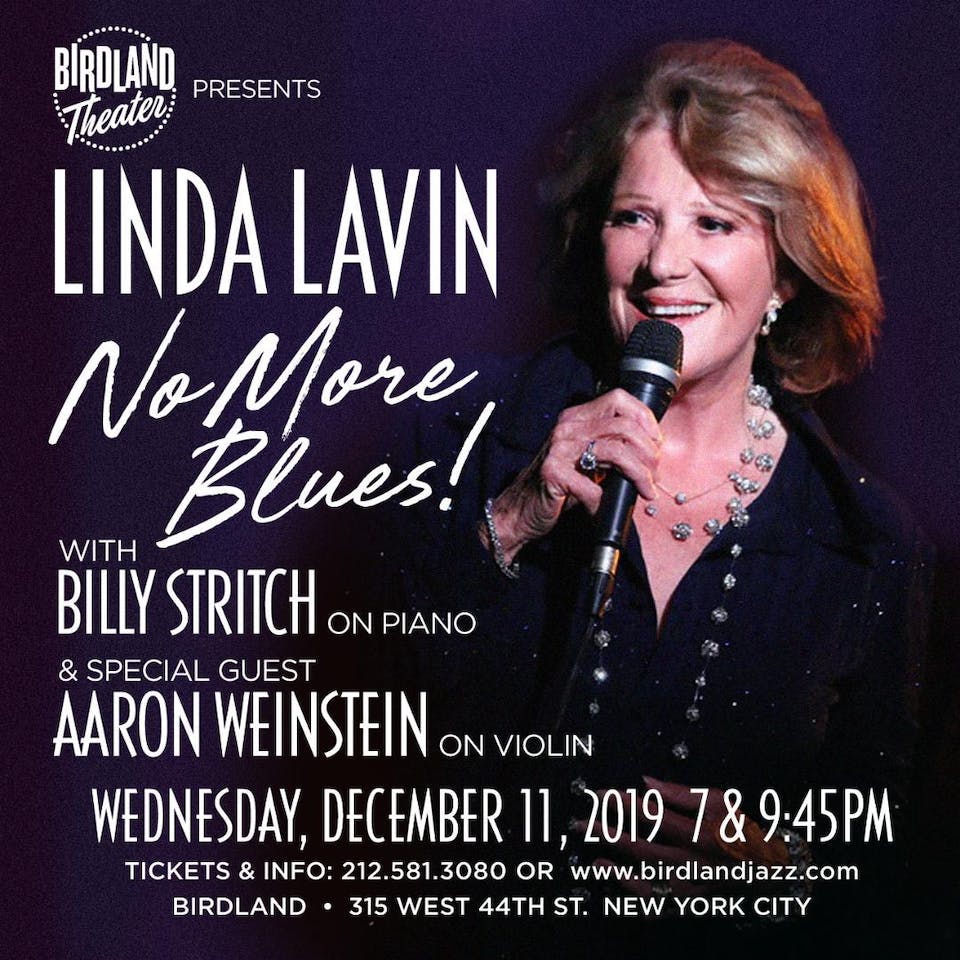 Birdland Theater is proud to announce that Broadway and television actress Linda Lavin will be perform one-night-only on Wednesday, December 11 at 7pm and 9:45pm. Billy Stritch will musical direct, with Daniel Glass on drums and special guest Aaron Weinstein on violin.

As always, Ms. Lavin will stun and amaze with favorite songs from the Great American/Brazilian/Yiddish Songbooks.

Linda Lavin burst on to the New York musical comedy scene with roles in Oh, Kay!, It's a Bird...It's a Plane...It's Superman and On a Clear Day, You Can See Forever. She also won kudos for her straight acting roles in Little Murders and Last of the Red Hot Lovers. TV beckoned and she soon became a household name as the star of the sitcom "Alice.” During the nine seasons it was on the air, Linda nabbed two Golden Globe awards and an Emmy nomination. She even sang "There's a New Girl in Town" over the opening credits of the show. Following this success, she focused her attentions once again on the stage. She earned renewed respect, in addition to critic's awards, for her diversified Broadway work in Gypsy, The Sisters Rosensweig, Collected Stories, Broadway Bound (1987 Tony award), Death Defying Acts (Obie award), The Diary of Anne Frank (Tony nomination), The Tale of the Allergist’s Wife (Tony nomination), Other Desert Cities and Nicky Silver’s The Lyons. She also appeared in Carol Burnett's autobiographical play Hollywood Arms portraying Burnett's grandmother, and in Paul Rudnick’s The New Century at Lincoln Center, and Our Mother’s Brief Affair for Manhattan Theatre Club. She’s recently been seen on television in “The Good Wife,” and “Mom,” and on the big screen in “The Intern” with Robert DeNiro.