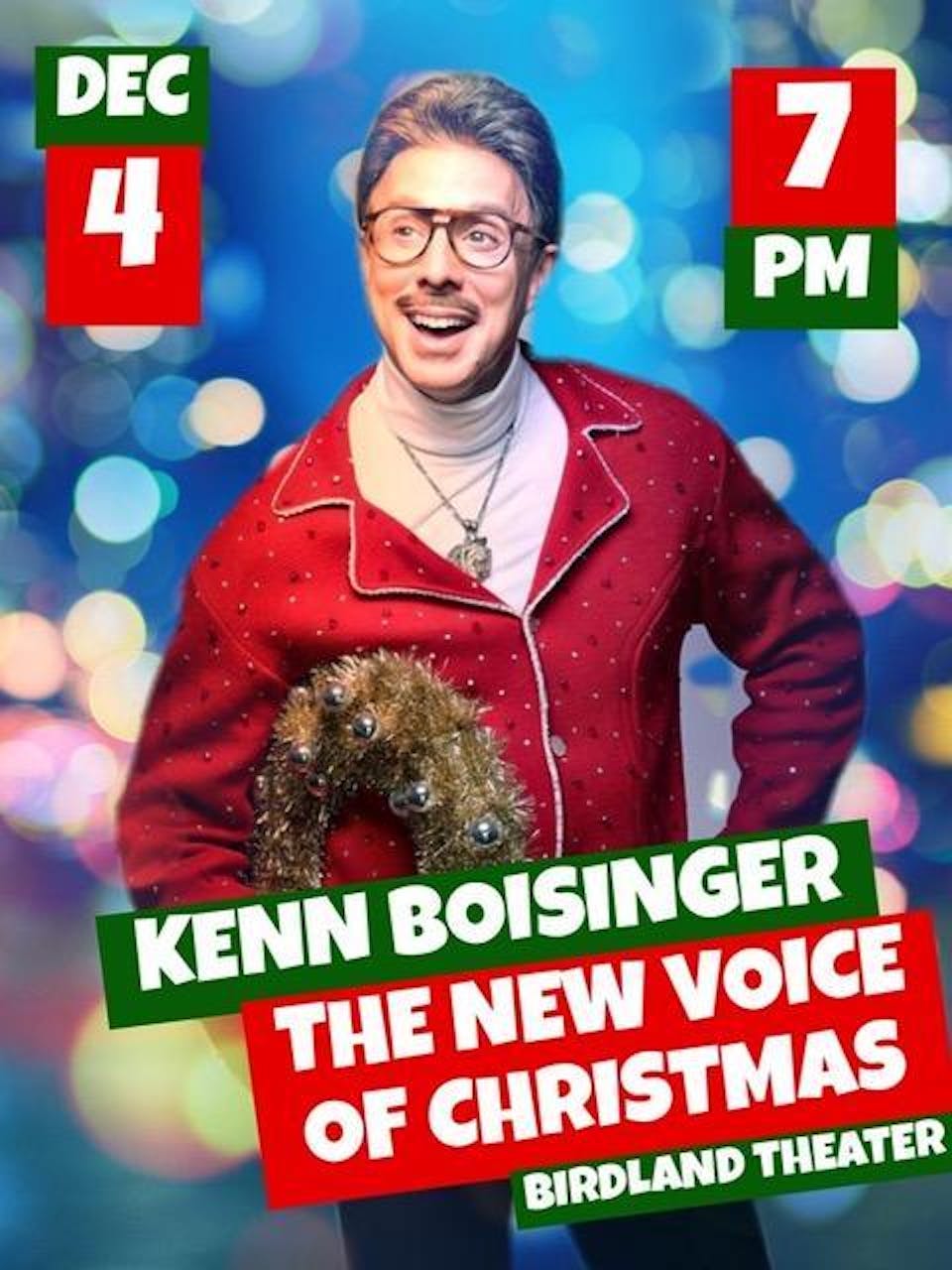 Fresh from his much heralded and record-breaking (Kenn isn’t specific about what record he broke, but insists he broke one) residency at The Green Room 42, Kenn Boisinger brings his indescribable style and absolutely inimitable voice to Birdland Theater with his holiday extravaganza, “Kenn Boisinger - The New Voice of Chrstmas”. Expect to have your holiday brightened with Kenn’s new take on holiday classics, as well as some destined-to-become-holiday-classics that Kenn will be introducing. Unwilling to disappoint his fans at the holidays, Kenn will also be singing favorite numbers from the Boisinger Songbook, including “Third Rail,” “Is She A Call Girl, Or Just a Girl I’d Like To Call?,” “Daddy Drinks Because You Cry” and “Someone’s Always Dead At Manhattan Plaza,” among other Boisinger classics.

Kenn Boisinger, noted entertainer, has been electrifying audiences with his distinctive voice and signature style for virtual decades. Born and raised in the Cleveland suburb of Parma, Ohio, Kenn and the Boisinger family lived next door to the Hector Boiardi family. Hector Boiardi was better known as the famous Chef Boy-ar-dee, and at the age of eight, Kenn was credited with coining the name “Beef-a-roni”. At sixteen, Kenn was entered in a national “Robert Goulet Look-Alike Contest”, the finals of which were held during a broadcast of the Merv Griffin Show. Kenn placed third among all of the contestants, and made a lasting connection with the Merv Griffin Show staff. Because of his affable nature and textbook standard size, he spent a number of years working as a stand-in for lighting for the Griffin show, becoming friends with a diverse crowd of notable personalities, from George Hamilton to Dr. Joyce Brothers to Sammy Davis Jr.’s wife, Altovise. Kenn has appeared in major venues throughout the continental United States, from Bangor, Maine to Hollywood (Florida) to the performing arts center on his beloved Staten Island, which Kenn and his family (to include his mother, Hilldred and his brother, Robbert) have called home since 1985.

As a songwriter and recording artist, Kenn has a number of multiple-selling albums: Best, K.B.; Boisinger Sings Boisinger; Stay For the Loud Note; Kenn by Request; Sacred Songs for Lutherans and Others; Can’t We Put the ‘Mas’ Back in Christmas; Broadway Kenn’s Way, and possibly more.

In addition to his many show business achievements, Kenn was Amway Regional Salesman of the Quarter in fall of 1989, and was Radio Shack Regional Manager of the Month for the Egbertville district of Staten Island in August of 1997.