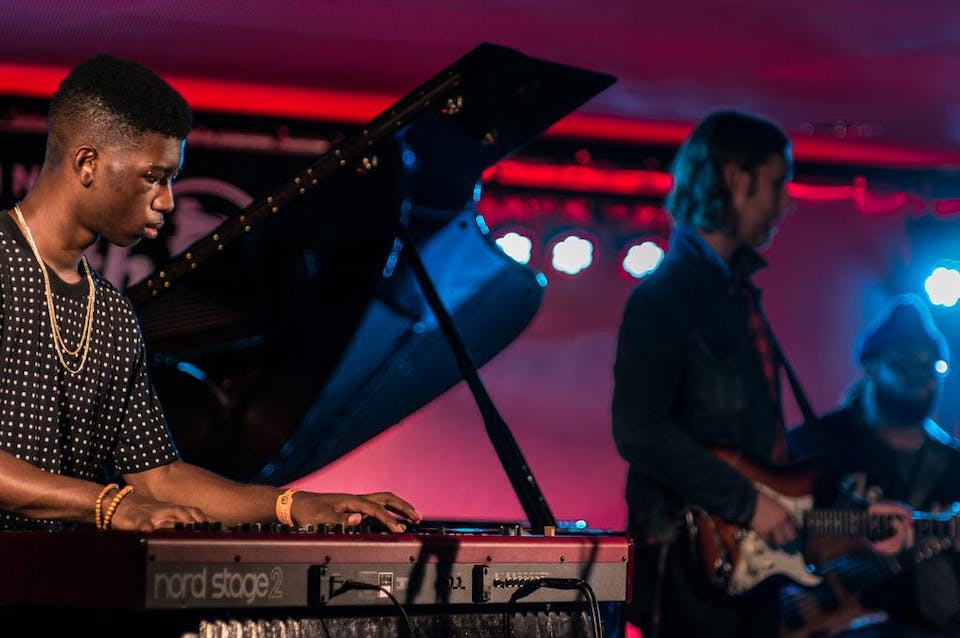 Born in White Plains, NY, Julius' interest in music began very early on. Inspired by musicians in church, Julius was found banging on pots and pans at home when his parents decided he should start piano lessons.

Studying classical music and theory, and teaching himself drums, Julius never thought to limit his musical identity, and has kept this value from early on. Studying at the Manhattan School of Music Pre-College Division, Julius participated in many high-school music programs and competitions including the NAACP ACT-SO (four-time national medalist), the National YoungArts Foundation (winner on drums and piano), the Charles Mingus Festival (recognition as a pianist, arranger and 1st place bandleader), the GRAMMY Camp Jazz Session, the Next Generation Jazz Orchestra. In 2016, Julius was selected as a member of the Betty Carter Jazz Ahead Residency at the Kennedy Center in D.C. That year, he also was accepted into and began attending the Juilliard School for Jazz Studies on Piano.

Julius continues to frequent venues around NYC as well as travel to perform while working on his own music.