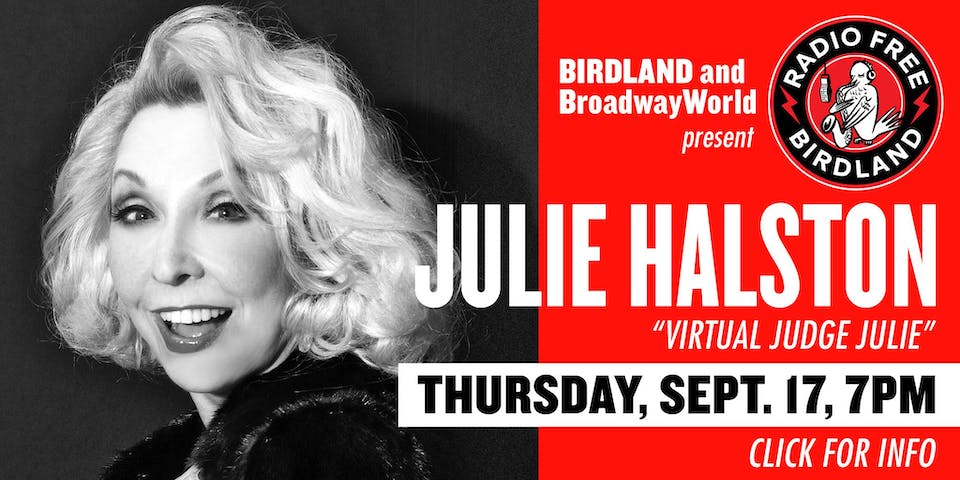 Birdland is always giddy when Julie Halston storms the stage. This special event, called “Virtual Judge Julie” is a combo-platter of some of Ms. Halston’s favorite stories, rants, raves and readings.

Miss Halston recently starred on Broadway in Tootsie, for which she received rave reviews for her portrayal of producer Rita Marshall. Well-known to theatre audiences, she was seen on Broadway in many productions, including On the Town, Anything Goes, Hairspray, and On the Twentieth Century for which she received an Outer Critics Circle Nomination. She also received the Richard Seff Award (and a Drama Desk Nomination) for her hilarious portrayal of Gay Wellington in Scott Ellis’s acclaimed production of You Can’t Take it With You, starring James Earl Jones.