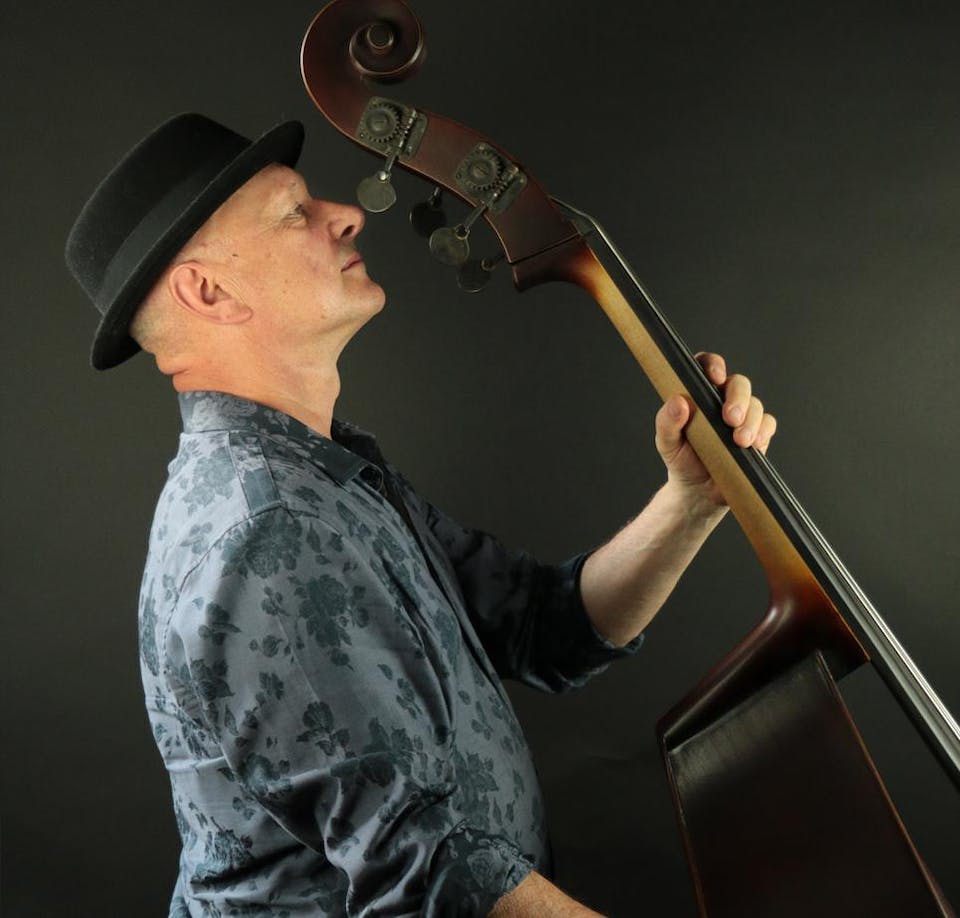 This fabulous group will celebrate the legacy of the late, great pianist & composer GEORGE SHEARING, who would be celebrating his 100th birthday on August 13 (2019). They will honor his legacy by playing his most popular compositions ("Lullaby of Birdland" and "Conception") as well as some of Shearing's unique arrangements on well-known standards. This all-star group will also be presenting several tunes from Shearing's collaboration with vocalist Nancy Wilson.

JOHN DI MARTINO is a jazz pianist, arranger and producer, based in New York City. He is on the recent (2018-19) Grammy-nominated recording with renowned vocalist Freddy Cole! John has been described as a "shape-shifter" for his creativity across musical genres. He has performed and recorded with David "Fathead" Newman, Pat Martino, Houston Person and Taj Mahal, and is a sought-after musical director. He has accompanied Jon Hendricks, Keely Smith, Billy Eckstine and Janis Siegel. John's talents as arranger and pianist can be heard on recordings with Gloria Lynn and Grady Tate. His discography includes many Grammy-nominated CDs, among those are: "Love" with Issac Delgado, "Freddy Cole Sings Mr. B," and "Live And In Clave" with Bobby Sanabria. John is a featured pianist and arranger on several of Ray Barretto's recordings including: "Portraits In Jazz And Clave" (featuring James Moody, Kenny Burrell, Joe Lovano and Steve Turre) and the Grammy nominated CD: "Contact." Born in Philadelphia, John studied with Lennie Tristano and Don Sebesky. John’s soul and being come straight through to his music…the jazz world needs him! Sheila Jordan (legendary jazz vocalist & 2012 NEA Jazz Master). John Di Martino is one of my absolute personal favorite pianists of today. His music is an honest outpouring of light. Benny Green (acclaimed Jazz Pianist) www.johndimartino.com

Vibraphonist, Composer JAY HOGGARD is a veteran vibraphonist who has been a major voice on his instrument since the 1970s. While he began on records as an avant-gardist, Hoggard has long since shown that he is a well-rounded musician capable of playing a wide variety of music ranging from swing and bop to post-bop and in free settings. His music is positive, spiritual, uplifting, and happy. He masterfully draws on traditional and contemporary musical vocabulary to develop new directions for the vibraphone. Jay seamlessly blends jazz and gospel roots with African marimba rhythms. His performance repertoire represents the three B’s of the jazz traditions: “Blues, Bop & Ballads” with original innovations. Hoggard has recorded 22 CDs as a leader and over 50 as a collaborator. His latest “Harlem Hieroglyphs” is a two-CD set that features the vibraphonist with a quintet that includes Gary Bartz, James Weidman, Nat Adderley Jr., Belden Bullock and Yoron Israel. There is a lot of rewarding music to be heard throughout Harlem Hieroglyphs, a set that is easily recommended. (Scott Yanow, acclaimed author & critic) www.jayhoggard.com

YORON ISRAEL, a native Chicagoan, is one of the most gifted and sought-after musicians of his generation. He has been the Co-Chair and a Professor of Percussion at Berklee College of Music (Boston, MA) since 2002. Yoron’s exciting and tasteful drumming, along with his compositional and arranging talents, are spotlighted on his most recent release “This Moment” as well as the recordings: “Visions”: The Music of Stevie Wonder, “Basic Traneing,” “Live at the Blue Note,” and “A Gift for You.” As co-leader of the Frank Walton/Yoron Israel Sextet, the recordings “Live in Chicago” and “The Back Step” are noteworthy. All of these fine works have received enthusiastic praise from journalists, musical peers and fans alike. They represent the extensive depth of Yoron’s musicianship as he continues to evolve as a bandleader. He brings his unique influences and experiences in Jazz, World Styles, Gospel, Funk, R&B and Orchestral idioms full circle with his compositions, arrangements, repertoire and ensemble concept. “Music to be enjoyed by all!” As Jack DeJohnette quotes: "A Gift For You” is a sparkling musical offering from a drummer who has good taste. He has a sense of direction and a feeling of joy in his drumming, compositions, and arrangements. Yoron Israel is an important voice you should listen to. www.yoronisrael.com