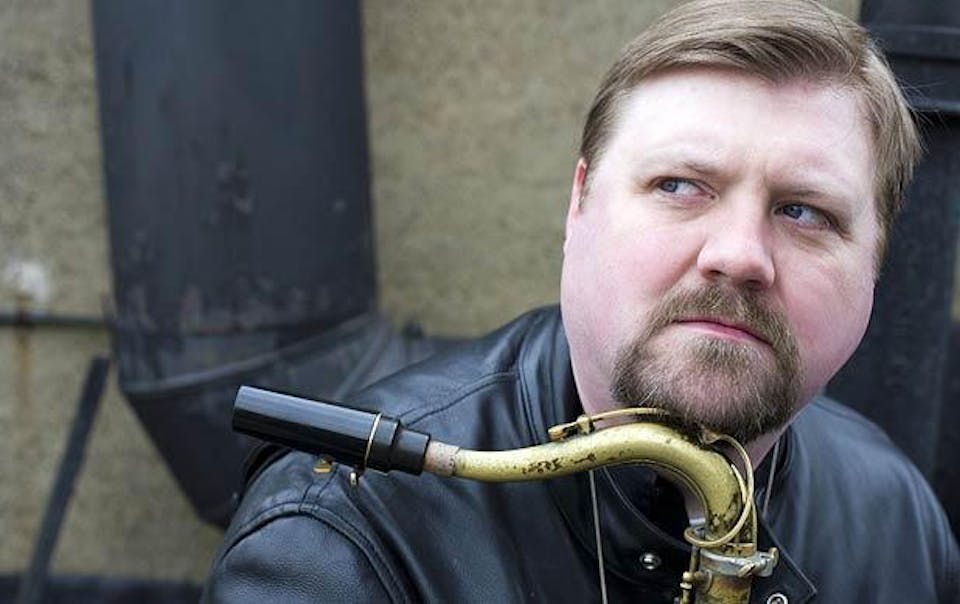 Facebook
Twitter
Email
Join us at the Birdland Theater for a performance by the Joel Frahm Quartet.

For nearly 30 years, Joel Frahm has lived in New York City, working in jazz clubs, collaborating with other musicians, and honing his craft. His bold, inventive tenor sound has won fans in the U.S. and across the world. He has worked alongside Betty Carter, Kenny Barron, Freddy Cole, Dianne Schuur, Kurt Elling, Jane Monheit, Bill Charlap, Brad Mehldau, Matt Wilson, Cyrille Aimee, and many other top artists. He has played as a leader or sideman on more than 100 recordings and has appeared at jazz festivals in the United States, Europe, Israel, Canada and South America. In addition to his work as a performer, he has taught jazz classes in clinics at the University of North Carolina, the University of Connecticut, New York University, Wichita State University, the University of North Texas, Baylor University, Colorado State University, Furman University, the University of Toronto, the University of Michigan, Michigan State University, the University of Manitoba and others. He also has worked at the Monterey Jazz Festival’s Next Generation program; the Sant Andreu Youth Jazz Orchestra in Barcelona, Spain; the Dave Brubeck Institute in Stockton, California; the Center for Jazz Studies at the Israel Conservatory in Tel Aviv; the Czech Jazz Workshop in Prague; and the Siena Jazz Workshop in Italy. Joel grew up in Racine, Wisconsin and moved to West Hartford, Connecticut as a high school freshman, where he became part of the acclaimed Hall High School jazz band. It was there he developed a passion for jazz, exploring the music of jazz greats such as Art Blakey, Freddie Hubbard, Horace Silver and Wayne Shorter. In 1992, he received a bachelor's degree from the Manhattan School of Music.