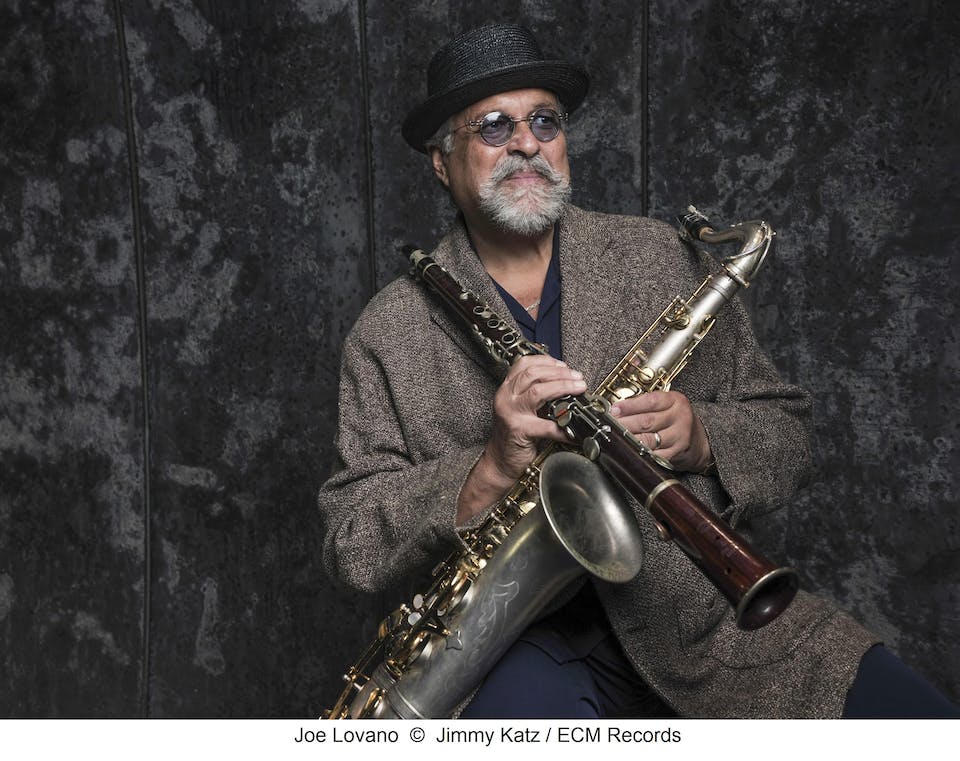 Joseph Salvatore Lovano was born in Cleveland, Ohio on December 29, 1952 and grew up in a very musical household. His dad, Tony, aka Big T, was a barber by day and a big-toned tenor player at night. “Big T,” along with his brothers Nick and Joe, other tenor players, and Carl, a bebop trumpeter, made sure Joe’s exposure to Jazz and the saxophone were early and constant.

Joe’s mom, Josephine, and her sister Rose were serious listeners, as well, His Mom remembers hearing Big T play opposite Stan Getz and Flip Phillips when they were engaged. And Aunt Rose went to hear Jazz at the Philharmonic with Ella Fitzgerald when they came through Cleveland.

Not surprisingly, Joe began playing the alto at five, switching to the tenor a few years later. By the time he got his driver’s license at sixteen, Joe Lovano was a member of the Musician’s Union, Local 4, and working professionally. He started playing club dates (sometimes subbing for his dad), and Motown cover bands, eventually saving enough money from these gigs to put himself through college.

“My dad was a fantastic saxophone player with a really deep passion for the music. I grew up with his record collection and when I was a teenager, he’d bring me around to rehearsals and jam sessions”