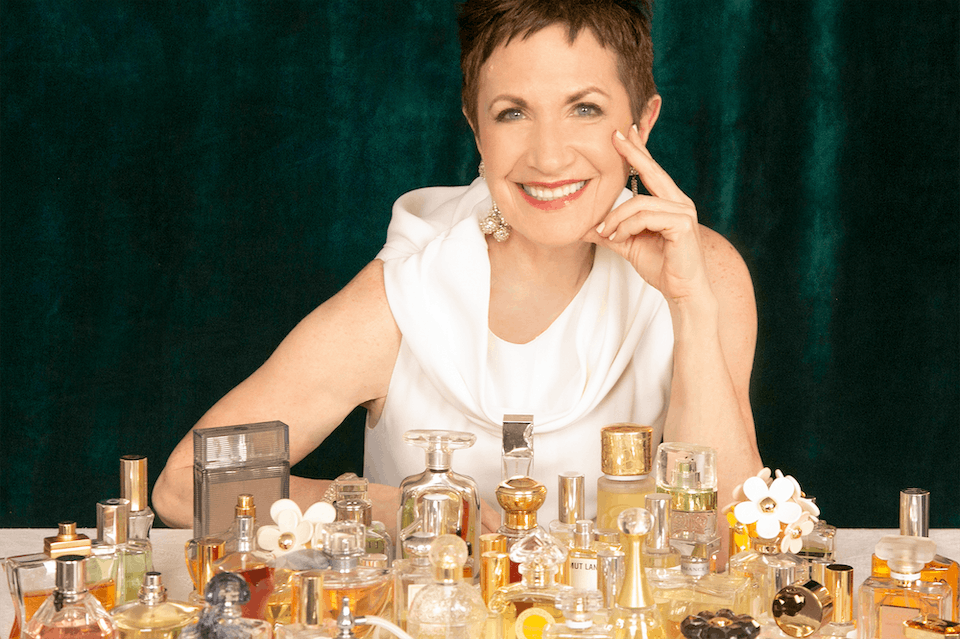 By popular demand, Birdland Theater is proud to present singer Joanne Halev in concert on Thursday, October 17 at 7pm, as a follow-up to her two sold-out concerts. The event is entitled “Like A Perfumed Woman.”

Singer and storyteller Joanne Halev tells tales from the mysterious, intoxicating, and passionate world of international fragrance creation. There’ll be tokens and talismans from the beautiful music and lyrics of Porter, Loesser, Bacharach, Bucchino, Mercer, McBroom and more, while wandering from Bangkok to Sao Paolo, Laos to London, Mumbai to Madagascar, and back to Brooklyn. Musical Director will be Alex Rybeck, with direction by Lina Koutrakos.

Joanne is thrilled to be making her Manhattan cabaret debut with “Like a Perfumed Woman.” By all reports, she began singing at age 3, then honed her performance skills while at the University of Wisconsin, Queens College and at New York University where she was cast in numerous musical theater roles such as Adelaide in Guys and Dolls, Sally Bowles in Cabaret, Vera in Pal Joey, and Lucy in You’re a Good Man, Charlie Brown. She was a co-founder of NYU’s Creative Arts Team, the professional educational theatre company (now in residence at CUNY), performing throughout New York City.

During her corporate career in publishing at magazines like The New Yorker and W, she booked cabaret and theatre stars Andrea Marcovicci, Audra McDonald, Liliane Montevecchi and others at The Algonquin Oak Room and other major venues. Wishing to develop her own cabaret shows, she attended the International Cabaret Conference at Yale where she was mentored by Lina Koutrakos, Sally Mayes, and Carol Hall; in more recent years, Joanne has also worked with Ann Hampton Callaway, K.T. Sullivan, Liz Callaway and Beckie Menzie in Chicago and New York. She has appeared in group shows and open mics at the Metropolitan Room, Don’t Tell Mama, Davenport’s, and the Duplex. Professionally, Joanne continues to play a role in the rarified world of global fragrance creation, home to her third career – hence the theme of her show.

As she shares in Like a Perfumed Woman, both fragrance and music are comprised of "notes", and she has always had a nose for a good song!