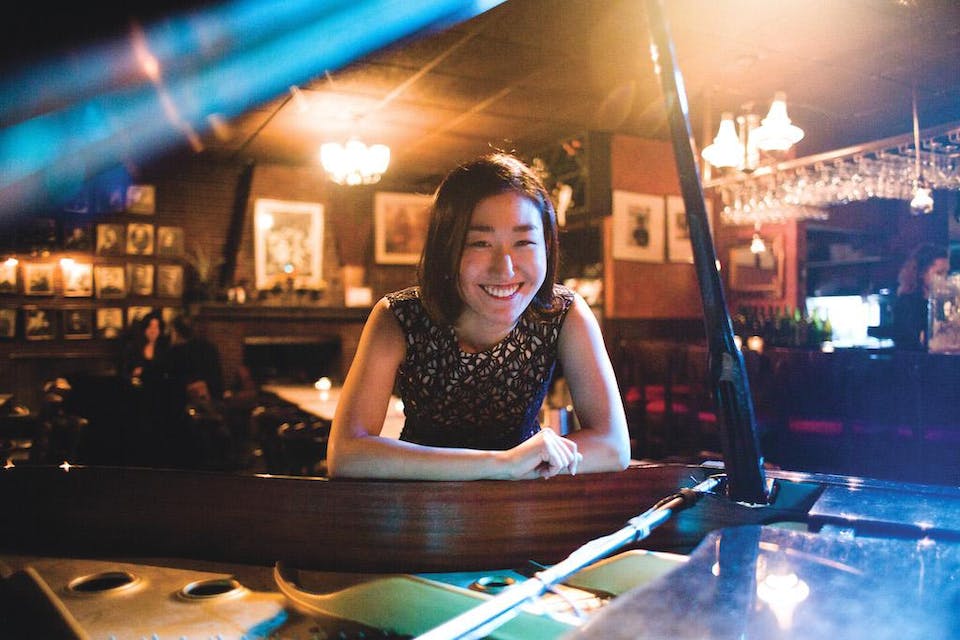 "I LOVE her playing and compositions!!! I hear Thelonious, Bud, John Lewis from her. Jinjoo does not show off....She tells a lot of big story with fewer notes, than most young artists of her age!”

Jazz Pianist/Composer/Arranger Jinjoo Yoo is a dynamic performer with a unique voice. Hailing from Seoul, South Korea, Jinjoo currently resides in New York and collaborates with different projects and leads her own group as well. As a leader or a sideman, she has toured/performed internationally, including performances in the United States, United Kingdom, Italy, Greece, Spain, Poland, Hungary, and South Korea.

Enjoying singing and playing instruments from her youth, Jazz captured her attention soon after starting University in South Korea. It didn't take long for her to fall in love with Mary Lou Williams, Wynton Kelly, Teddy Wilson, Bud Powell, Sonny Clark, Art Tatum, Jimmy Rowles, Billie Holiday, Carmen McRae, and so on. Since then, she has immersed herself in the music by listening to jazz legends' albums.

Jinjoo stylistically encompasses the range from Jazz Classic and the American songbook to original compositions that are played with swinging intuition. Jinjoo thinks that her music should be able to describe this world, either beautiful or ugly, and the way she feels while observing it. Her original tunes bring stories and emotions of curiosity, joyfulness, tragedy, gratitude, melancholy, and pain.

She recently released her Debut Album (Gut String Records, 2018) as a leader, where she presented her point of view on music. This album features Neal Miner, one of the most sought-after bassists in New York Jazz Scene, and the legendary drummer Jimmy Wormworth that has a long history and playing credentials with a host of historic jazz figures.

"...She can be tender, ruminative, but she can also create vivid joyous dances: songs that call out for lyrics. Her playing is spare but I never felt it to be sparse, the sonic equivalent of a large room with one canvas chair against the wall. No, her single notes seem just right - percussive commentary when needed, lyrical otherwise, and her harmonies are lovely, neither formulaic nor jarring...."