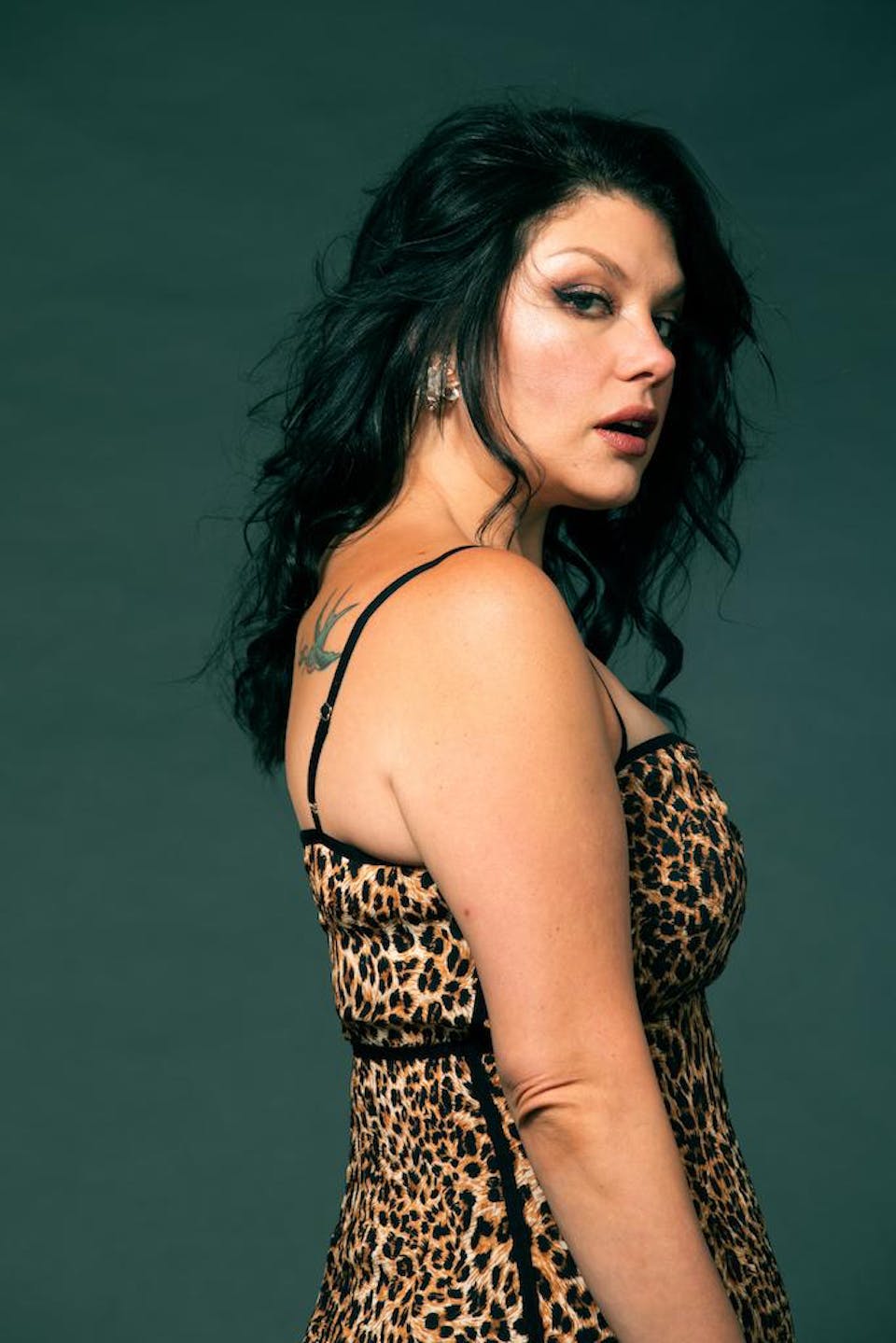 Blessed with “a voice of phenomenal beauty” (Stephen Holden, New York Times), Jane Monheit has had plenty of milestone moments in establishing herself as one of today’s best and most important vocalist-musicians.

With her new album, The Songbook Sessions: Ella Fitzgerald—the first to be released on her own Emerald City Records—the Long Island native has surprised even herself with her artistic leap. Jane had thought about recording an Ella tribute for a long time. Fitzgerald’s beloved songbook albums held “Biblical” importance for her when she was growing up and have never lost their hold on her.

On this new offering, Monheit pays joyous tribute to Ella while sharing a definitive portrait of herself, guided by her producer, arranger, and trumpet great, Nicholas Payton. Once she decided to make the dream project a reality, she had no trouble choosing titles. She jotted down a list of 25 titles “almost immediately.” She and Payton each narrowed the choices to a dozen and settled on the final list together.

“We met in the middle in a lot of ways,” Monheit says. “It all came down to trust. I had no idea what to expect from Nicholas because we had never worked together, but it was evident from the start that he is a sensitive soul and his knowledge and understanding of history was beyond compare. I felt an instant trust in him I had never felt before with any other producer.”

“This record is really different,” she adds. “It’s the first I’ve made a recording without a label and so I was able to make all the decisions myself. Honestly, when I listened back to the takes, I heard a different singer than I’ve heard before—a more mature one. It was a little scary because there’s a certain raw quality to some of the vocals but we gave no thought to fixing them. These were the vocals of a 38-year-old woman with a lot of life experience.

These tracks really express who I am.”

“My first priority was to make Jane comfortable, so all she had to worry about was showing up and singing,” says Payton, who first met her in Brazil about five years ago and stayed in touch casually. “But on the other hand, I wanted to make her a little uncomfortable by pushing her into places she might not push herself. She is so multifaceted. I wanted to showcase a lot of different things she loves to do on any given night with her band that haven’t necessarily been brought forth on her recordings.”

Throughout the recording, Jane’s gorgeous upward swoop is pure Ella, her earthy wordless phrases pure Sarah, but this album is a classic example of a singer leading her influences rather than being led by them.

From the first song, “All Too Soon,” a highlight of Fitzgerald’s Duke Ellington Songbook, it’s evident that this album is not going to be your usual Ella salute—the kind that plays up the incomparable singer’s swinging, scatting, girlish side. Monheit is all woman here, pouring herself into the lyric with sultry savoir faire.

“I thought it was important to capture the side of Ella that sometimes gets played down, her warmth and sincerity and the depth of her singing,” says Monheit. “I’m closer to that side, as a musician, than the crazy swinging total genius side of her.”

The Songbook Sessions was recorded during a tumultuous time for Monheit, who had suffered several shakeups in her personal life. The most painful was the death of her grandfather, her biggest fan and most devoted coach, who often would put together lists of the songs he wanted her to record and printed out the lyrics for her. Among those songs was Irving Berlin’s “I Used to Be Color Blind,” the one song she had to learn for the album. Her grandfather died before he could hear her version, but clearly, his spirit was in the room.

“Like the artist that she is, instead of cowering away from life situations that were quite painful, Jane put that into the music,” says Payton.

When asked “Why now?” in starting her own label, Emerald City Records, Jane elaborates:

“You have no idea how exhausting it was, bouncing from label to label,” she says. “I was on five labels in 13 years. Everyone wanted to mold me into something else. It was like, be this person, wear this outfit, sound like this. It became harder and harder to put trust in people and to be myself. They would take control and things didn’t turn out the way I wanted.” All the creative pushing and pulling Jane was subjected to as a young artist took its toll.

Fast-forward to today and enter Nicholas Payton: “For a long time, a lot of people didn’t take her seriously,” he says. “She was dismissed as a young sex kitten type of symbol with a pretty voice.” Having followed her career and spent some time with her socially, he knew how hard she had worked to develop as a singer, and how powerful of an individual she could be.

Monheit says: “From the start, Nick insisted that telling a story, a truthful story, laying it all out, was most important, not just playing to each other. He wasn’t planning on playing on the album, but after we discovered what strong chemistry we had, it was inevitable that we had to play together. It was a real honor and a thrill for me.”

As the arranger of eight of the songs, Payton also updated the harmonies and overall feel of several of the tunes. “I wanted to make them romantic and sexy,” he says. “We look at love and sex a lot differently today than we did 60 years ago.” Longtime band mates, pianist Michael Kanan and bassist Neal Miner, who each arranged two songs, also made contributions to the fresh arrangements on the album.

Jane Monheit was born on November 3, 1977. She was raised in Oakdale, New York, on Long Island’s South Shore. Her aunt and grandmother were professional singers. Her mother performed in musical theater and currently performs in local choirs, and her father plays banjo and guitar. His love of bluegrass, folk, and acoustic blues (Bonnie Raitt and Maura O’Connell were among his favorites) shaped her musical sensibility. “It all came down to storytelling,” she says.

For more on Jane Monheit including a complete discography, photos and calendar of dates, please visit: www.janemonheitonline.com