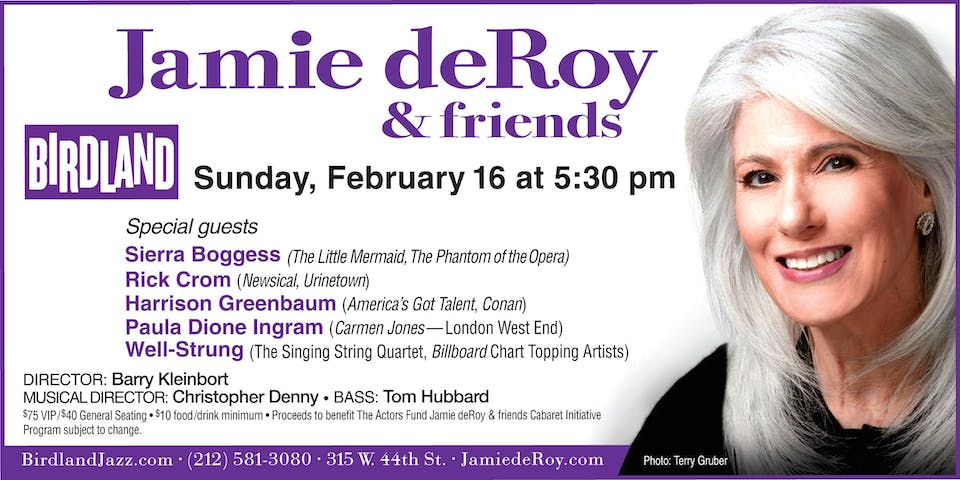 This colorful cabaret series has been thrilling New York City audiences for the past 25 years and serves as the basis for deRoy's award-winning cable television show which spotlights well-known entertainers and newcomers that are lighting up the marquees of cabaret, theater, music and comedy. Jamie deRoy has won three Tony Awards, eight MAC Awards, four Back Stage Bistro Awards and ten Telly Awards for her extensive work on both stage and screen. She has appeared onstage with Joan Rivers and has headlined at many of New York’s major clubs. She has produced nine CDs in the Jamie deRoy & friends series, all of which are available on Harbinger and PS Classics labels.