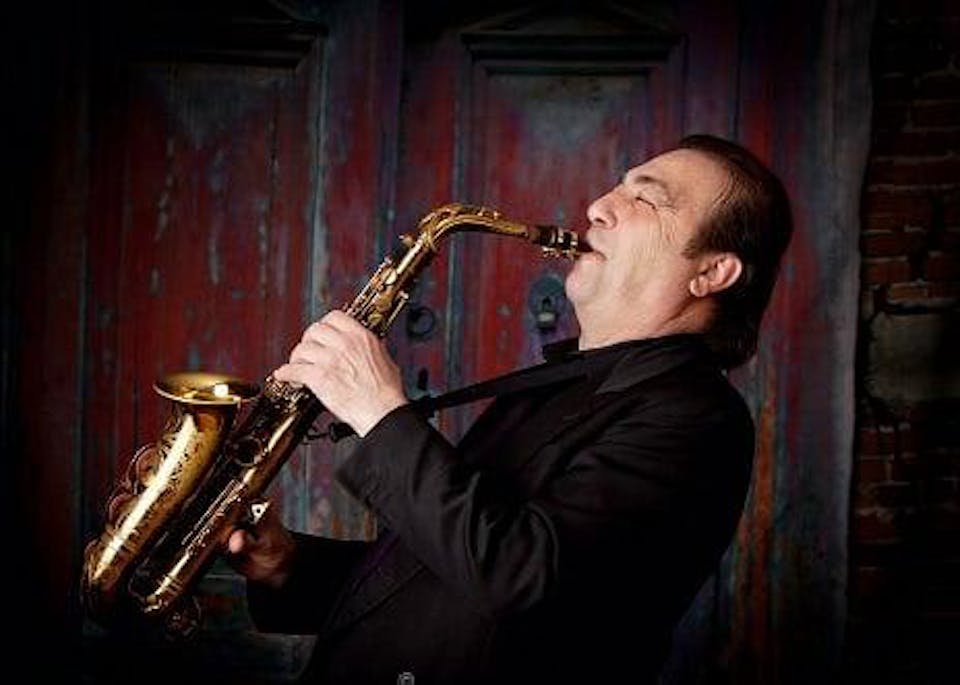 Facebook
Twitter
Email
The Birdland Theater is proud to welcome Greg Abate at 7 and 9:45 on Wednesday August 28th!

In the mid 70’s after finishing a four year program at Berklee College Of Music, Greg played lead alto for the Ray Charles Orchestra for 2 years.

In 1978 Greg formed his group Channel One which was a favorite in the New England area and from there had the opportunity to play tenor sax with the revived Artie Shaw Orchestra under leadership of Dick Johnson from 1986 to ’87.

Following this experience Greg ventured out as post hard bop soloist playing Jazz Festivals, Jazz Societies and Jazz Clubs throughout the U.S. Canada and abroad, including most of Europe, UK, and Moscow and Georgia Russia.

To this date Greg has recorded over 17 other recordings as leader. Greg is also an adjunct professor of Jazz Studies at Rhode Island College and is also a very active jazz clinician with co. sponsorship from the Conn -Selmer Instrument Co., conducting workshops and master classes through the U.S and abroad.

What some are saying about Greg Abate:

“I sleep a lot better knowing there are alto players like Greg! It was a joy to make music with him and he writes good songs that are challenging.” – Phil Woods

Abate is not content to rely on stock bebop riffs and standard chord progressions. Rather, the sharp angularity of his phrases and the often startling pauses in his fast-moving lines give his work a feeling of constant invention and creativity.”

“…Abate’s musical style can be seen as a distillation of swing’s easygoing vibe and bop’s more animated groove. He has developed a unique voice.

“Greg Abate is an absolute powerhouse who will absolutely not let hard driving bebop die. One of the most exciting players around today, Greg’s commitment to the music is total…”

“Multi-saxophonist Greg Abate is a prime example of the ‘rear back and blow’ school of contemporary bop-based players. The tunes he writes or chooses are based on the kinds of changes that harmony-oriented jazzmen have favored since the beginning and he swings through them with and eager and easy virtuosity.”

“Greg Abate is one of the most appealing saxophonists on the scene today. He is mature with an abundance of gentle self-confidence. The result is that he plays music with sweetness and daring.”