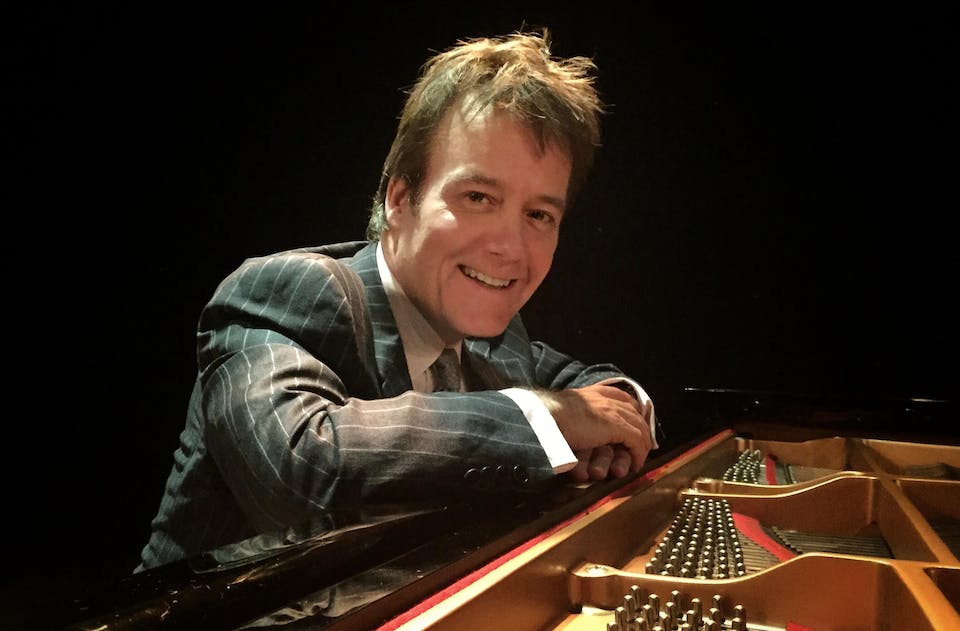 an ingenious musical wit … a dispenser of cabaret caviar.” – The New York Times

Hailed as “the truest heir to Bobby Short” in The New York Times, pianist/singer Eric Comstock returns to Birdland with star bassist/composer Sean Smith with songs by everyone from George Gershwin to George Harrison. These two masters met on the Off-Broadway hit OUR SINATRA (which Eric co-wrote) and have since worked separately and together around the world. Vocalist Barbara Fasano joins them at Birdland for a swinging Saturday supper where the music and stories are equally great.

Eric Comstock is as entertaining as he is musically savvy, and an acknowledged champion of the pop, jazz & saloon songbooks. He has performed and recorded with some of the world’s finest musicians, including Andy Bey, Frank Wess, Peter Washington, Wycliffe Gordon, Matt Wilson, Ken Peplowski and Harry Allen. His most recent CD is “bitter/sweet”, on which he appears with star guitarist Randy Napoleon. As a performer/commentator, he has appeared on PBS, CNN, BBC and Radio France.

Sean Smith has been an integral part of the international jazz scene for over 25 years, and has performed with Gerry Mulligan, Phil Woods, Benny Carter, Art Farmer, Flip Phillips, Clark Terry and many others. Also, a prolific composer, his works have been played and recorded by Phil Woods, Mark Murphy, Bill Charlap, Gene Bertoncini, Leon Parker and Bill Mays. His music has also been featured in several films.

Vocalist Barbara Fasano has been praised as “a gorgeous, soulful singer who has an actor’s intensity in whatever she sings” (New York Post) and “a lyrically sensitive interpreter” (The New York Times). Her latest CD BUSY BEING FREE was awarded the MAC Award for Major Recording of the Year.