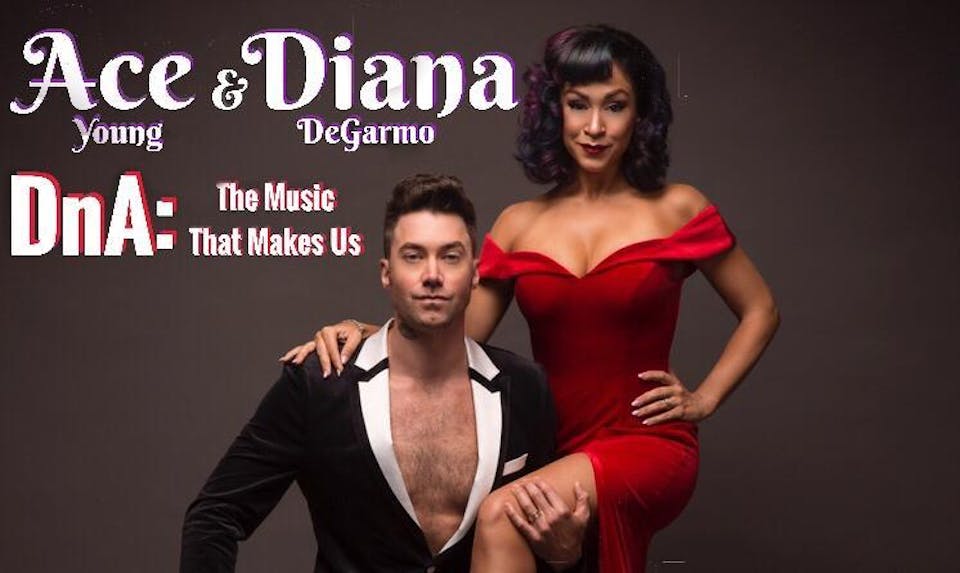 Facebook
Twitter
Email
The Broadway at Birdland concert series is proud to announce that Diana DeGarmo and Ace Young will be performing on Monday Oct. 21st at 7pm!

DnA – The Music That Makes Us

The Broadway at Birdland concert series is proud to announce that “American Idol” success stories Diana DeGarmo and Ace Young will be performing “DnA – The Music That Makes Us” on Monday, October 21 at 7pm.

Diana DeGarmo and Ace Young will present “DnA - The Music That Makes Us,” an intimate evening of music highlighting the songs of the past, present, and future that have and still are molding them into the entertainers they were born to be. Included will be hits from pop, and Broadway, performed by a Southern belle and a Mountain man. Ace and Diana will take you on the musical journey of their lives from childhood, “American Idol,” married life, and whatever the future may hold!

Singer, songwriter, from stage to screen, Diana DeGarmo has conquered it all and then some. Her sweet tea infused powerhouse vocals shot her to fame on “American Idol” and opened doors to numerous Broadway shows, National and International Tours, a recurring role on “The Young & The Restless,” and much more. Her new album, GEMINI, is out now! She is finally debuting the music of her soul with her own authentic big band country style, but don’t let her sweetness fool you, she is power packed with lots of spice.

Ace Young is a man of many talents and has the credits to back them up. Even before his multiple #1 hits as a songwriter, Ace was wowing millions on TV shows like “American Idol” and “Half & Half.” His Grammy-Nominated song “It’s Not Over” gave way to his own BMI Pop Award and many other songwriting acclaims. Ace has starred on Broadway in Hair and Grease, toured the country in Joseph and the Amazing Technicolor Dreamcoat, and most recently set the stage ablaze as Radames in AIDA at Axelrod Performing Arts Center and Stacee Jaxx in Rock of Ages at the Pittsburgh CLO. His next chapter of artistry has him sitting in the producer, writer, and artist’s chairs, for his upcoming solo album. Stay close to see what he creates next!