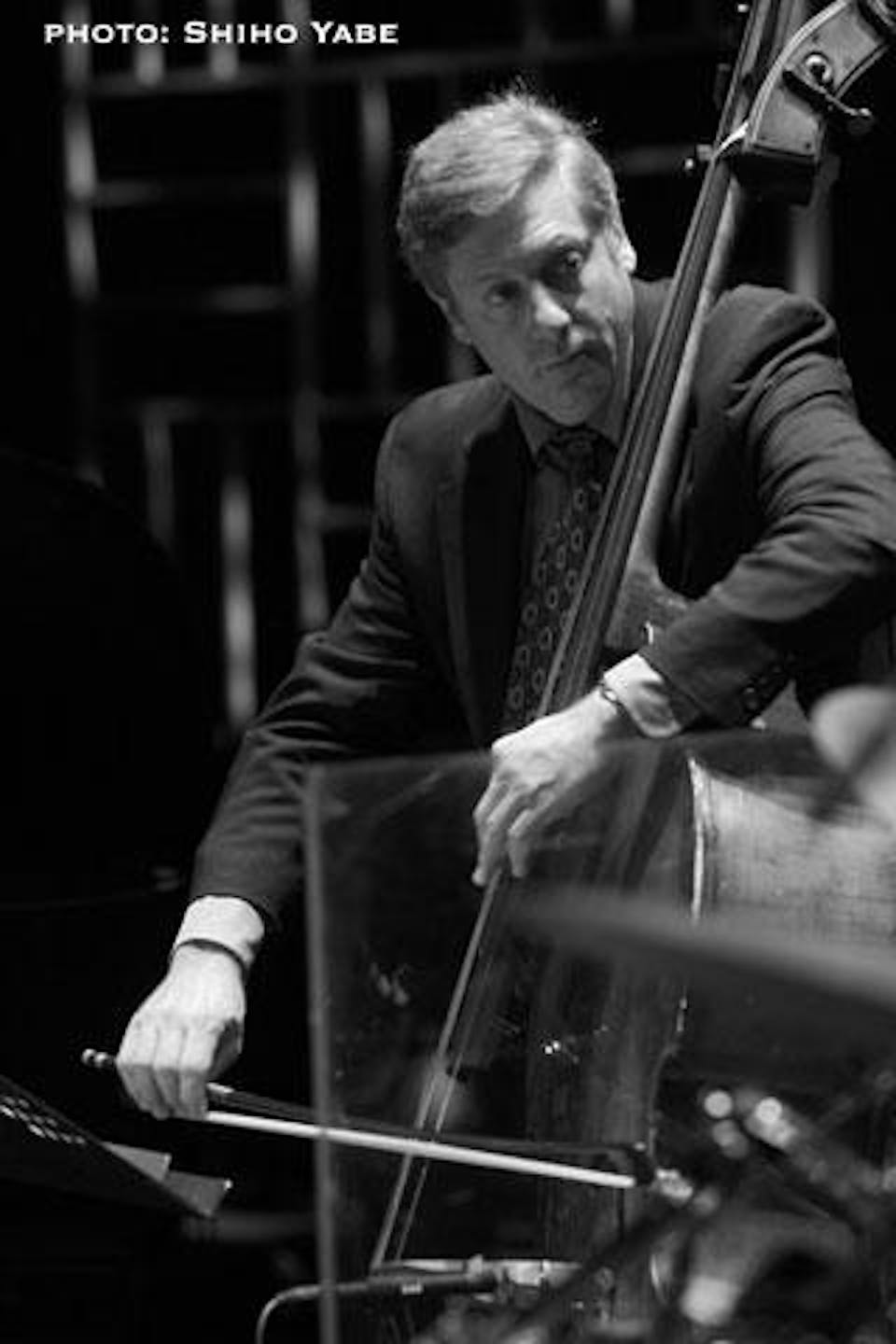 Becoming a musician was genetically pre-ordained for David – both of his parents are involved in music, and he began playing bass at the age of 10. While still in high school, David studied with several of the Philadelphia Orchestra’s double bassists before he began college at the prestigious Eastman School of Music in Rochester, New York. After graduation, he settled in New York City -- he’d barely unpacked when he left the city to tour with Woody Herman and his Thundering Herd. Over the years, David has played with those above-mentioned and many more; his discography lists more than 100 recordings including Platinum and Gold selling records with Rod Stewart, Natalie Cole, and Elton John. From the legendary Grammy Award winning music producer Phil Ramone, “A fine and unique musician, he can drive a Rhythm section or create a sensitive solo. He has done a lot of sessions from Previn, Cincotti and pop music. The most important point is his humor and his love of his work.”

His response to the question of whom he has most enjoyed working with: “I have been educated by everyone I’ve had the opportunity to work with, each for different reasons. Rosemary Clooney was an amazing storyteller through songs; Paquito D’Rivera gave me an opportunity to acquire language in Cuban, Brazilian, Mexican, Venezuelan and Dominican music; Linda Eder is a phenomenal vocalist and Andre Previn is an incredibly skilled musician. ”Commented Maestro Previn: "I have worked with David Finck in many different circumstances and venues, for a period of eight years, and in my opinion, there is no one who is as good a jazz bass player and collaborator." David singles out Dizzy Gillespie not only for his skill but also for a seemingly simple remark he says he’ll always remember. “He gave me the supreme compliment. I walked off the stage after a show in Nice, and he said ‘Hey, man, I really like the way you play.’ With anyone else you’d say ‘thanks,’ but coming from Dizzy I was completely overwhelmed.”

Not long ago, David increased his personal vocabulary, transitioning from his role as a bassist and becoming a producer, arranger and songwriter. “I had a great appreciation for great musicians, but I hadn’t done much analysis or given much thought to producing and arranging. I started to think about it, particularly with the singers that I really liked – like Frank Sinatra -- and I wanted to figure out why I liked them and what distinguishes one singer from another. I came to realize that it isn’t really magic. It’s language, and it’s learned, and it’s passed down and communicated from one person to another.”

Since then, Finck has articulated his expertise on the subject through writing liner notes and lecturing – the Village Voice invited him to write about Frank Sinatra as a jazz musician in a special issue celebrating Sinatra’s 80th birthday and he spoke at Hofstra University on the same subject. “Sinatra developed a unique language through listening and watching; he acquired his language as a singer as the result of combining ideas that had been given to him. He took the rhythms that he heard in big bands and applied them to his phrasing. His greatest skill was his ability to combine musical language with poetic language. He could maintain the balance between the two and never sacrifice the importance of one for the other. His voice may have been a natural gift and his talent was in his genetic code – but the other factors that made Frank Sinatra Frank Sinatra can be analyzed.”

Two of the artists for whom David’s applied his unique perspective are Christy Baron and Peter Cincotti. “Peter Cincotti is incredibly talented, and because he’s so young, his ears are wide open,” David comments. “He was interested in learning and developing. I’d suggest that he listen to a record, digest its contents and play with the language and he’d respond in a visceral way.”

Of his experience working with David, Peter Cincotti says, “I have known David since I was fourteen or fifteen, and he has been a real musical mentor to me. When I make music with David, he expands my vocabulary and brings something new to the conversation every time.”

“Christy Baron recorded for Chesky Records, an audiophile label, which focuses equally on the music and the technique in which the music is recorded, in this case recording live without overdubs or any studio manipulation. Christy is an expressive singer, and this style of recording is challenging. Technique is paramount in such an exacting environment; and as producer and arranger I realized we really needed to focus, even though Christy is one of the few singers who could actually rise to the occasion. It was still a rigorous and demanding process.” observes Finck.

Said Baron: “One of the most impressive things about working with David is that he knows the lyrics of a composition. You hear it... not only in his incredibly sensitive and confident accompaniment, but as an arranger and producer, he’s able to apply the intention of the lyricist within the structure of his arrangements, while keeping his musical ideas fresh and unique.”

Currently living in New York, David’s horizon is limitless. He’s long been recognized as one of New York’s most gifted musicians – and now, with the release of Christy Baron’s Take This Journey and national recognition as a producer, songwriter and arranger, it’s clear that his gifts are not limited to four strings.