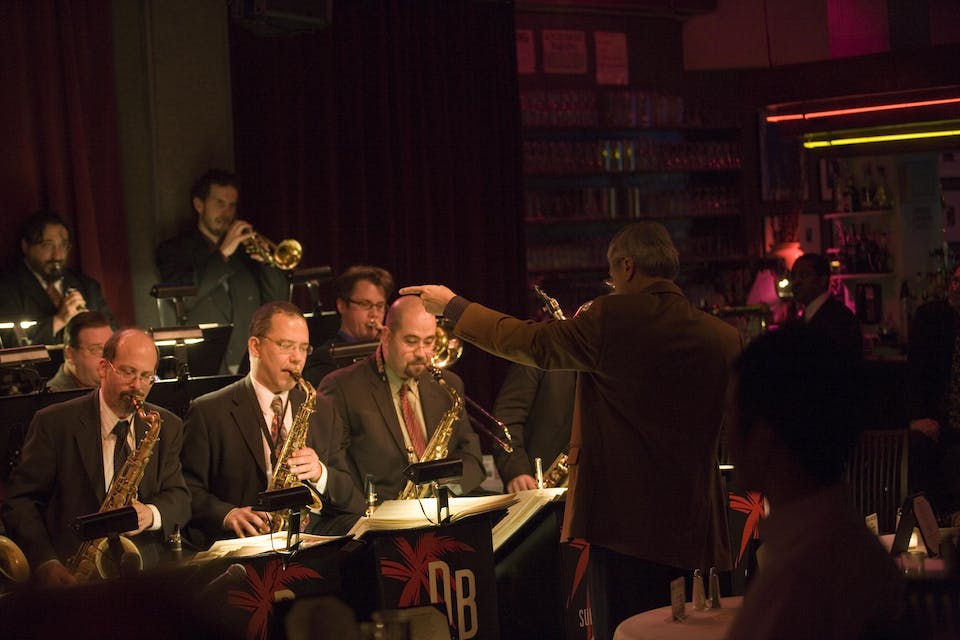 Composer, arranger, and conductor, David Berger, is recognized internationally as a leading authority on the music of Duke Ellington and the Swing Era. Conductor and arranger for the Jazz at Lincoln Center Orchestra from its inception in 1988 through 1994, Berger has transcribed more than 750 full scores of classic recordings, including more than 500 works by Duke Ellington and Billy Strayhorn. Several of these transcriptions in addition to a number of original arrangements are featured in last season's Broadway hit, After Midnight.

Mr. Berger's work with dance companies spans the last 40 years. He has arranged and conducted for Alvin Ailey, New York City Ballet and Dance Theater of Harlem. In 1996 Berger collaborated with choreographer Donald Byrd to create and tour the Harlem Nutcracker, a full-length two-hour dance piece that expands the Tchaikovsky/ Ellington/Strayhorn score into an American classic. The 15-piece band assembled to play this show has stayed together as the David Berger Jazz Orchestra. The DBJO has released 7 CDs and actively performs Berger’s music both in New York and on tours throughout the United States and Europe.

For the past 3 years Berger has conceived, written, directed, arranged and conducted shows for the Detroit Jazz Festival. This past summer's show was a tribute to the jazz artists that appeared at the Apollo Theater (like Sammy Davis, Jr., Billy Holiday and Ray Charles) and featured Ted Levy, Kevin Mahogany and Margot Bingham. Performed before a crowd of 10,000, A Night at the Apollo garnered rave reviews.