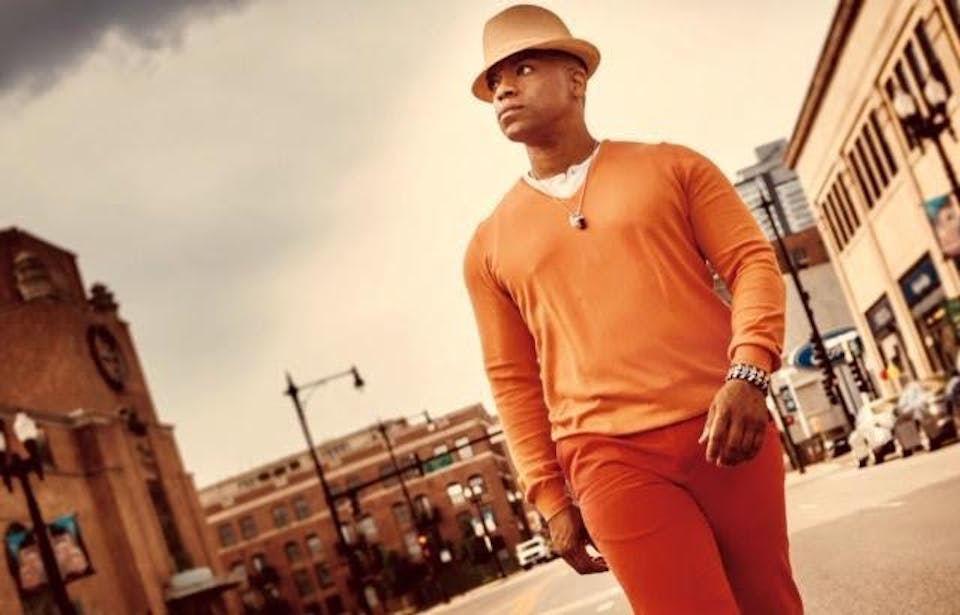 Facebook
Twitter
Email
Birdland Theater is proud to announce that singer Darrian Ford will be performing on Tuesday, November 5 at 7pm.

Darrian released his debut album, ​NEW STANDARDS​, in the Spring of 2018. It charted #1 Debut Jazz Album on the NACC, and wound out the year at #11 on the Vibe UK Top 20 Jazz Albums of 2018. With all original songs (except two delicious covers) he has been called “The Freshest In Vocal Jazz”. He will be doing songs from the album, other cherished Jazz selections and reimaginings that exemplify the ever evolving nature of New Standards. ​NEW STANDARDS​ can be purchased at ITunes, Amazon, Google Music and CDBaby

“Ford steps into the spotlight with a full arsenal of well-penned originals and a voice that suggests he has studied for years. It has soul and is technically assured. His vocal prowess in the icing on the proverbial cake.”

“New Standards might have the air of a Jazz Album, but it’s soul-based Artist transcends the Jazz idiom, to a cross-over appeal that will light the fire of any soul-singer aficionado.”

“There is an immediate recognition of Al Jarreau in his voice that gives the album a reminiscent excitement of vocal prowess. A wonderful array of original vocal Jazz tunes...performed in a soulful way with an impressive instrument in Ford’s voice.”

“His voice has such clarity and dominance...the album is mixed perfectly so his lovely voice is in it’s rightful place​.”

The Chicago native began his professional theater career at age 13 in Oscar Brown Jr.’s THE GREAT NITTY GRITTY. AT 15, the dance prodigy joined The Joseph Holmes Chicago Dance Theater, and at 19, he moved to New York City to dance in the companies of Alvin Ailey and Donald Byrd/The Group. He made his Broadway debut as Charlie in Rodgers and Hammerstein’s STATE FAIR. He also appeared in the First National Tours of The Who’s TOMMY, SMOKEY JOE’S CAFE’ and Oprah Winfrey’s THE COLOR PURPLE. Darrian co-starred opposite Helle Berry in HBO’s INTRODUCING DORATHY DANDRIDGE as Fayard Nicholas of the legendary dance duo, the Nicholas Brothers.

Nationally, he has toured and wowed audiences in THE COOKE BOOK-The Music of Sam Cooke, his original concept concert tribute to the music luminary. Since it’s 2006 creation, he is single handedly initiating a whole new generation of Sam Cooke fans.