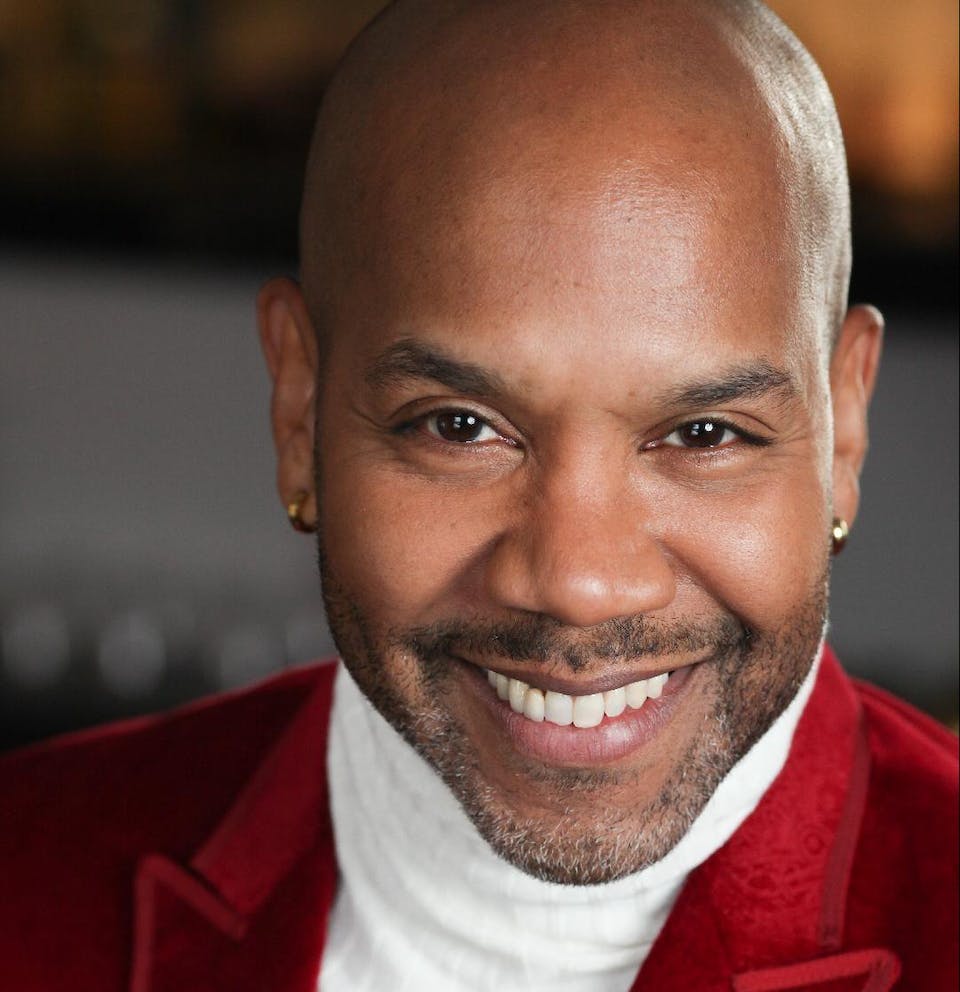 Darius De Haas: Let Me Carry You This Christmas Streamed from Birdland!

Holiday memories, joy, cheer and most of all, great music! Darius de Haas has performed in the original Broadway productions of RENT, Kiss of the Spiderwoman, Shuffle Along and the hit TV show “The Marvelous Mrs. Maisel” (he’s the singing voice of “Shy Baldwin”). In this outing, he brings the love of his favorite holiday to the Radio Free Birdland stage. Interweaving musical tributes to Nat King Cole, Whitney Houston, and Sarah Vaughan as well as his own musical family, Darius will sing songs celebrating cherished loved ones and heroes including “Have Yourself a Merry Little Christmas,” “Who Would Imagine A King,” and “This Christmas.” He will also premiere his upcoming holiday single “Let Me Carry You This Christmas.” Darius de Haas enjoys a multifaceted career as a singer, recording artist and actor. On Broadway, he has been seen in Kiss of the Spider Woman, Rent, Carousel, Marie Christine, The Gershwins’ Fascinating Rhythm, and Shuffle Along.

Other credits include Children of Eden (Papermill Playhouse), his Obie Award winning performance in Running Man (Music-Theater Group), Once On This Island (1st National Tour), The Bubbly Black Girl Sheds Her Chameleon Skin (Playwrights Horizons), Jesus Christ Superstar- Gospel (Alliance Theater), The Wiz (MUNY) and As You Like It (Delacorte/ Public Theater).TV: Dietland, The Marvelous Mrs. Maisel. Concerts and Recordings: Carnegie Hall, Lincoln Center American Songbook, Disney Concert Hall, The Kennedy Center, The Boston Pops and numerous symphonies. His recordings include Quiet Please (Bridge Records), Day Dream: Variations on Strayhorn (PS Classics), The Marvelous Mrs. Maisel Soundtrack: Season 3 as well as many Original Cast Recordings. Darius is honored to serve on the International Board of Directors for Covenant House serving homeless youth throughout the US and South America and as a founding member of Black Theatre United.