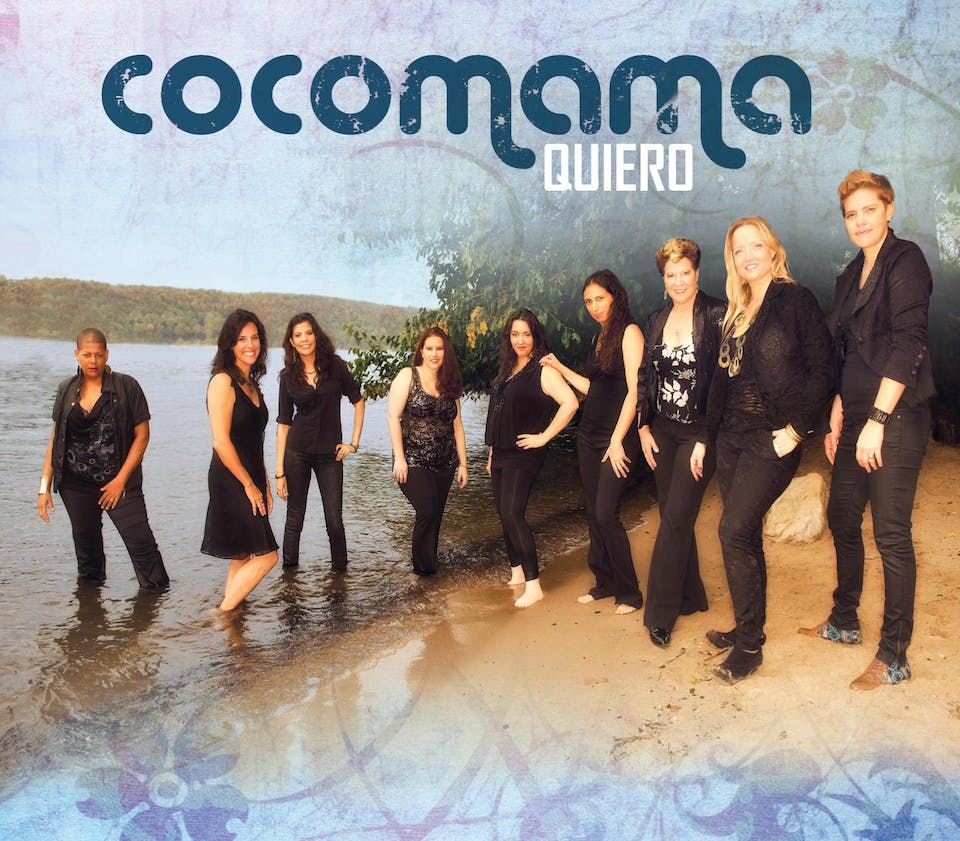 Cocomama’s origins date back to 2005 when an all-female salsa band was requested to play a fundraiser at the Copacabana for then New York Mayor Michael Bloomberg. The success of this chance performance led to other engagements and from these early gigs, Cocomama was born. For several years, the group was primarily a Latin dance band recording their first EP with renowned producer Ricky Gonzalez which featured hard-hitting, original Latin dance music. Over time, however, the sheer diversity of the band members' backgrounds and talents could not be ignored. Today, the group’s sound is a more inclusive blending of musical styles and influences from around the globe.

A virtual United Nations of women, the members of Cocomama hail from five countries on four continents. Playing their own kind of World Latin music, powerfully virtuosic yet elegantly musical, Cocomama “brings it” creating a sound that is all at once fierce and beautiful!

Their debut album Quiero, which was included in the 2016 Grammy pre-nominations for Best Tropical Latin album, celebrates the coming together of a wide range of musical experiences in three different languages. As evidenced by their diverse repertoire, the group’s influences are limitless: Afro-Cuban, Classical, Jazz, Afro-Caribbean, Latin American, Soul, R&B and beyond. As well as showcasing the band members' songwriting and musical strengths, the music on Quiero strives to uplift and encourage as evidenced by the lyrics of the title track whose message is: “Follow your heart; find your passion, open your mind for destiny is in your hands”. “This album is special,” says Musical Director/Pianist Nicki Denner, “because it could only have been made by these particular musicians. Each member has their own artistic vision and talent which allows us to have a completely original sound.”

Enchanting audiences with their irresistible groove at New York City’s most popular jazz and Latin clubs including Studio 54, the Iridium, Joe’s Pub, Club Bonafide, Fat Cat and Subrosa, Cocomama has also performed at the United Nations, the Brooklyn Academy of Music, Central Park, the Metropolitan Museum of Art, the New York City Marathon, the Cape May Jazz Festival, the New Jersey Performing Arts Center, the Spoleto Music Festival and the Michigan Womyn’s Festival.

“If you crave music that is uninterruptedly arresting as well as music that is profoundly moving then you would do well to gravitate towards Cocomama…I cannot think of anyone or any group that could make such explosive music, so seductively – song after song, after song.”

"Take an incredible musical journey with Cocomama, an all-female band appropriately named for the Incan goddess of health and happiness. Brimming with originality, authenticity and swing, this diverse group of virtuosic musicians dazzle…”