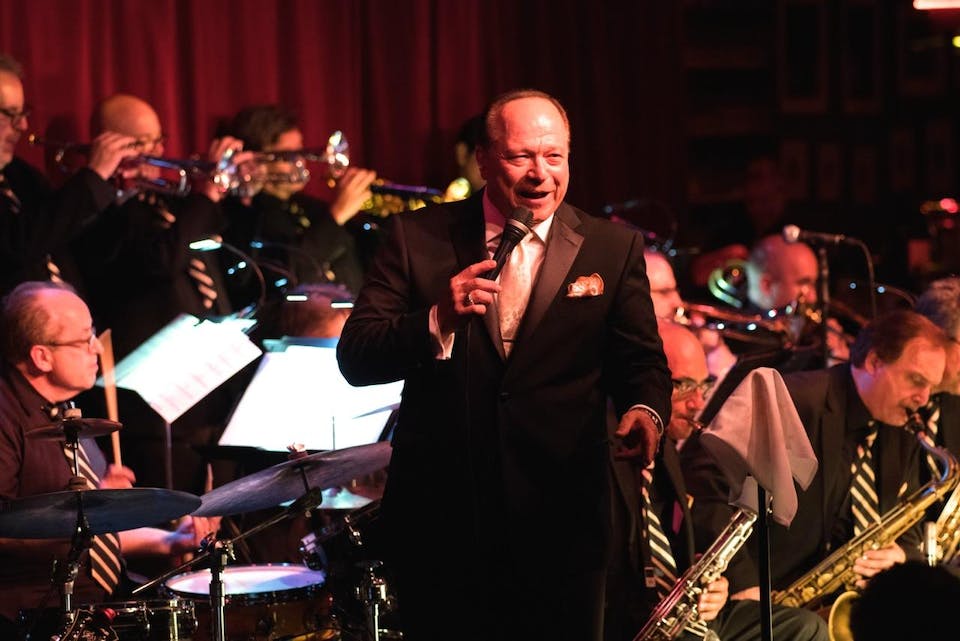 The City Rhythm Orchestra has been dazzling audiences for over 35 years and has earned the reputation as one of today’s finest big bands. Led by Pete Spina and Nick Vallerio, the group has consistently cooked up exciting music with their distinct style and sound. They’ve been praised by audiences and critics in both their hometown of Philadelphia and around the world. Their non-stop energy was dubbed “great music and great fun” by the New York Times.

The band has been featured at major concert venues throughout the USA and in Europe, with notable shows at the Kimmel Center, Mann Music Center, Lincoln Center, Highline Ballroom, Birdland, the Blue Note, Glen Echo Ballroom, Sweets Ballroom, and at festivals in Rome, Florence, Perugia, Amsterdam, Cologne and Bordeaux.

The 17-piece big band’s spirited tribute to the famous collaboration of Count Basie and Frank Sinatra has been applauded for the authenticity of the arrangements and the hard swinging approach of the group. The driving horns and rhythm section combine with the vitality of Steve Ritrovato’s vocals to create a truly memorable performance.