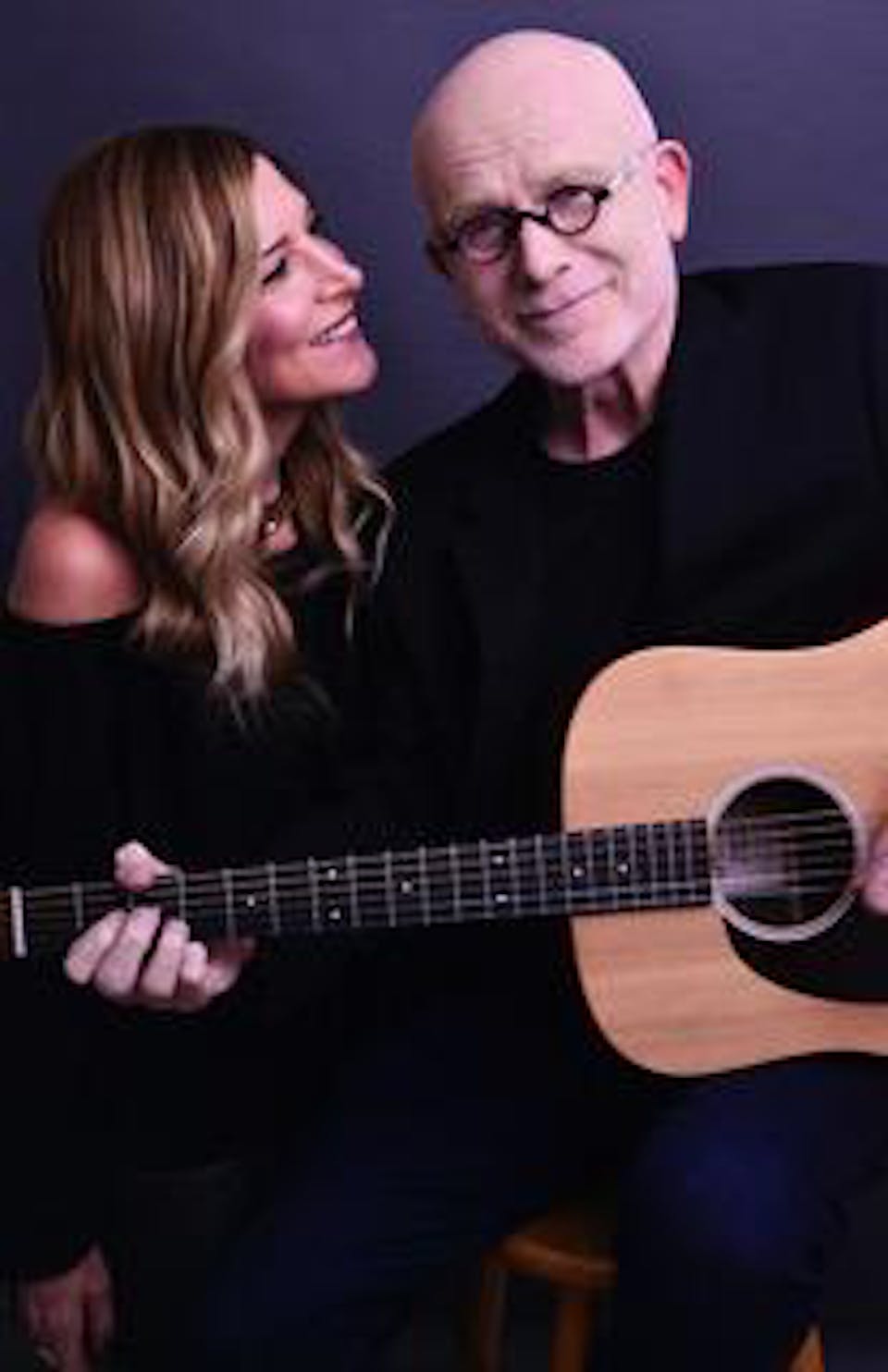 He penned 80’s anthems, she kissed Hugh Jackman, he co-wrote the musical, Pretty Woman, she sang with Brian May. He has written favorites such as “Summer of ’69,” “Heaven,” and “What About Love” and she is going to sing the heck out of them. Every song has a story. Singer/Songwriter Catherine Porter (Brian May Band, Sunset Boulevard, Next to Normal) and Songwriter Jim Vallance (Bryan Adams, Aerosmith, Heart) come together for one night only. With Musical Director, Brad Simmons and special guests.

As a vocalist, Catherine Porter has led a surprisingly varied career. Touring the US, UK, Japan and Australia, she sang soprano opposite Michael Crawford in The Music of Andrew Lloyd Webber, and a few months later rocked stadiums around the world with Brian May (from Queen), supporting Guns-N-Roses. From rock chick back to theater chick, she returned to the stage and starred as “Betty Schaefer” in Sunset Boulevard in both the London production and original Australian cast, this time starring opposite Hugh Jackman. Catherine has sung with the likes of Queen, Chaka Khan, Sam Moore, Mel B and Kiki Dee to name a few and made her Broadway debut standing by for the role of “Diana" in the Tony Award-winning musical, Next to Normal. As a Songwriter, she was signed to Jive Records UK for her original album, “Something Good,” which featured her song, “Crazy,” a finalist to represent the UK in The Eurovision Song contest. Catherine is a cancer kicker and Mother to Ruby, for whom her 2009 album, “Gems for Ruby” was created. It was that album that led to her friendship and collaboration with Jim Vallance.

Jim Vallance was 11-years-old when he saw the Beatles on television, which was a life-altering moment. Swept up and inspired by the "British Invasion," he begged his parents for a guitar or a drum kit! He got both. Fast-forward fifty years. As a musician, producer and songwriter, Jim has collaborated with artists as diverse as Bryan Adams (“Heaven,” “Summer of 69”), Aerosmith (“Deuces Are Wild,” “Rag Doll”), Heart (“What About Love”), Tina Turner (“It's Only Love”), Michael Bublé (“After All”) and Ozzy Osbourne (“Walk On Water”). His most recent songwriting project is Pretty Woman: The Musical, opening in London in 2020.