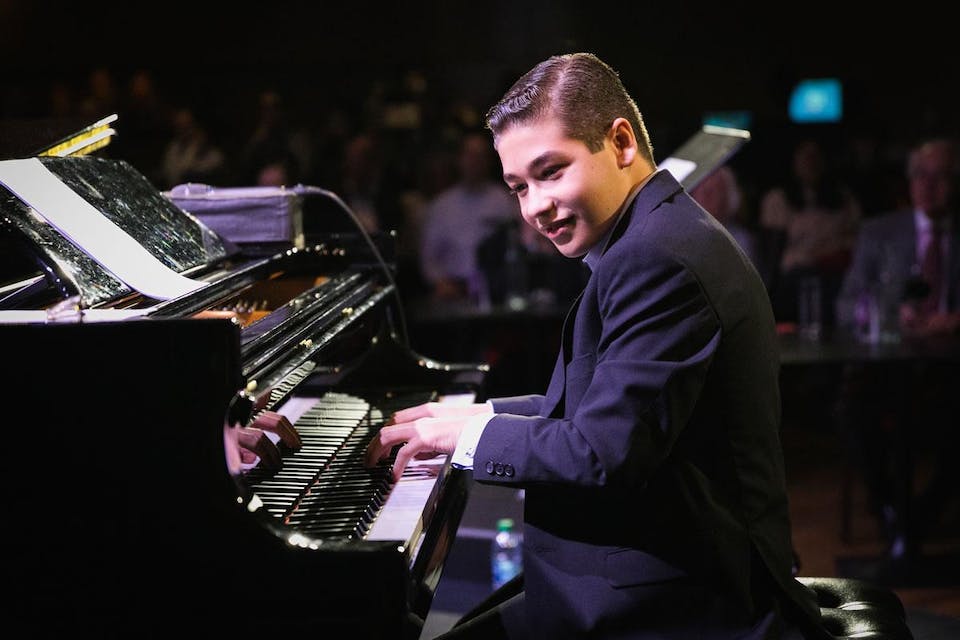 Brandon Goldberg, now thirteen years old, began to play piano by ear when he was three years old. He started with classical lessons at age five, but quickly found his passion for jazz and learned about the music and its history by listening to his favorite artists including Herbie Hancock, Bill Evans, Oscar Peterson, Charlie Parker, Miles Davis, and John Coltrane, just to name a few.

Brandon works closely with the Jazz Foundation of America (JFA) and performed at the JFA annual Gala - A Great Night in Harlem at the famous Apollo Theater in New York, where he presented McCoy Tyner with his Lifetime Achievement Award in 2016. Brandon also performed at the JFA's fundraiser hosted by Quincy Jones and Alan Bergman in Los Angeles.

“The diminutive Goldberg then took his place behind the piano—but not before adjusting the height of the bench—to perform a composition with the sensitivity and poignancy of a musician three times his age.” – Brian Zimmerman, Downbeat Magazine, Nov. 14, 2016