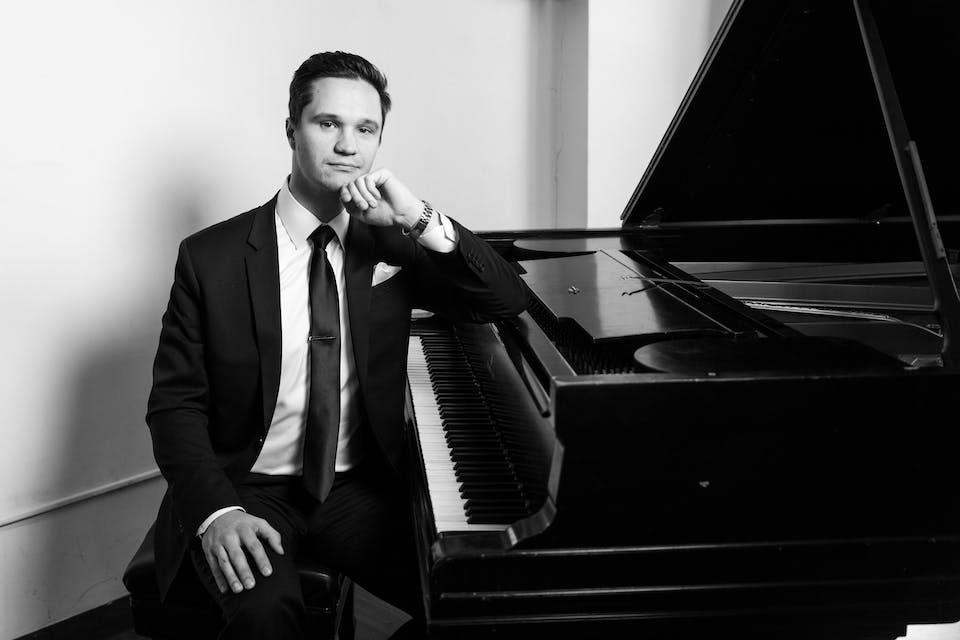 Combining a joyful swing feel with an impeccable touch, Ben Paterson has quickly established himself as one of the most exciting young pianists on the Jazz scene today, garnering international acclaim for his superb musicianship and engaging performances. Originally from Philadelphia, Ben studied both classical and jazz music before moving to the great city of Chicago, absorbing the unique blend of Jazz and Blues that can only be found in the Windy City. Now based in New York, Ben is poised to bring his unique talents and style to a wider audience, performing regularly at top notch venues around town, and at clubs and festivals around the world. In 2018 Ben was named as the First Place Winner of the Ellis Marsalis International Jazz Piano Competition, with judges including Ellis and Branford Marsalis, Arturo O'Farrill and Jonathan Batiste. Notable collaborations include work with NEA Jazz Master Von Freeman, Bobby Broom, Johnny O’Neal, Red Holloway, Eldee young, Jerry Weldon, Peter Bernstein and Ed Cherry to name a few, with performances opening for groups like Steely Dan and B.B. King. Ben has released 6 CD's under his own name: Breathing Space (OA2 Records 2007) Blues For Oscar (Meetinghouse Records 2012), Essential Elements (MAXJAZZ 2013), For Once In My Life (Origin 2015), That Old Feeling (Cellar Live 2018), and Live at Van Gelder's (Cellar Live 2018). Visit www.benpaterson.com for more information.