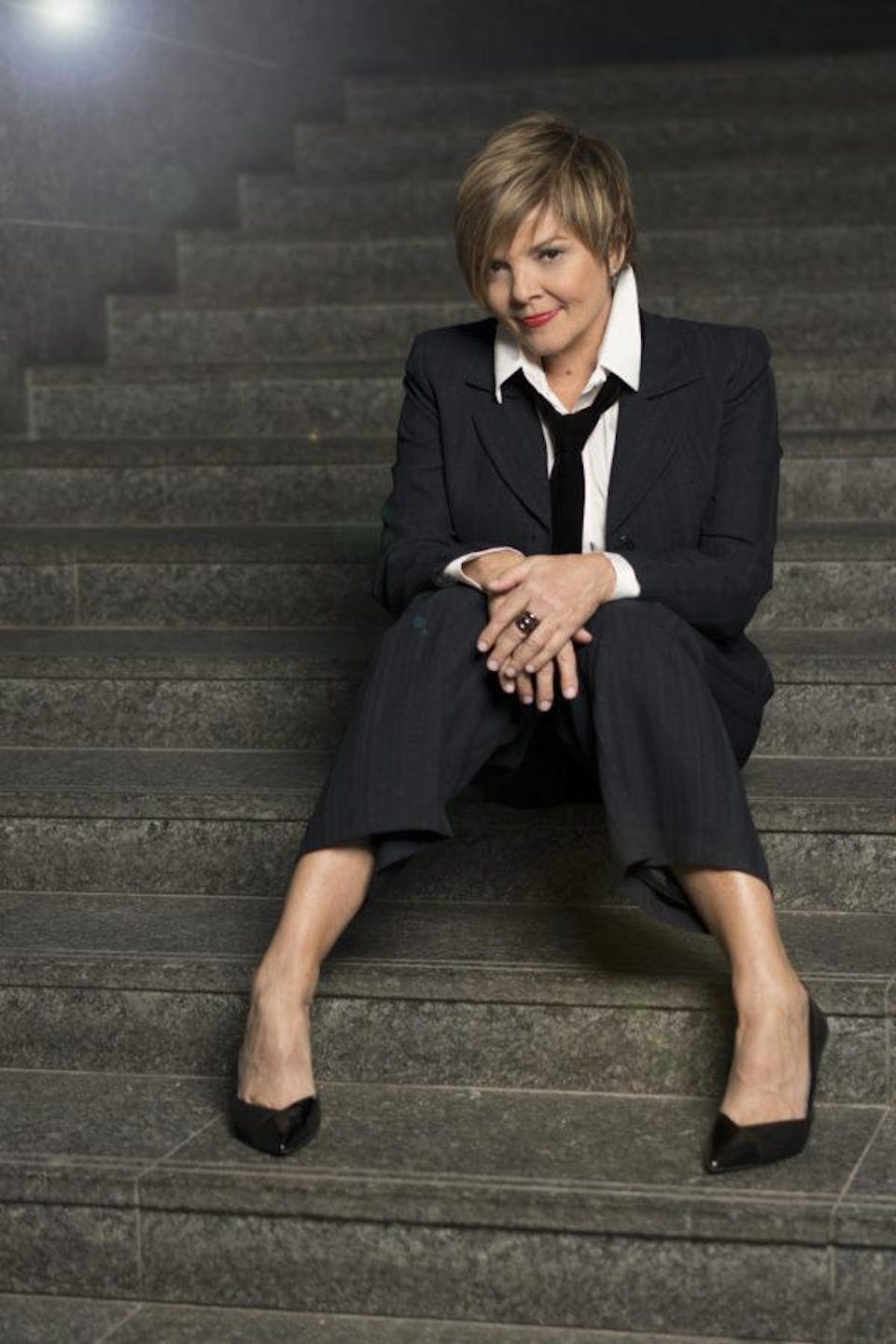 Karrin Allyson, 5-time Grammy nominated jazz vocalist, pianist, and songwriter is widely recognized as one of the most gifted voices of her generation. With fifteen albums under her belt, she has built a mastery of The Great American Songbook, blues, pop, be-bop, Brazilian, and French chansons, to name a few.

Allyson rose to prominence in the ‘90s, releasing a string of albums including her debut I Didn’t Know About You in 1992. The album earned such accolades as being name-checked in Playboy's annual readers' poll alongside such greats as Ella Fitzgerald and Shirley Horn. Subsequently, Allyson assembled a fine backing band consisting of fellow Kansas City musicians including pianist Paul Smith, guitarists Danny Embrey and Rod Fleeman, bassists Bob Bowman and Gerald Spaits, and drummer Todd Strait, along with Minneapolis-based pianist Laura Caviani, all of whom have played on many of her recordings.

Born in Great Bend, Kansas, Allyson now lives in New York City, after growing up in Omaha, Nebraska, attending high school in the Bay Area, earning her bachelor’s degree in Piano Performance from the University of Nebraska at Omaha, and spending time in both Kansas City and Minneapolis before making the move in 2000. Since moving to New York, Allyson’s band has consisted of such players as Bruce Barth, Ed Howard, James Williams, Adam Cruz, Steve Wilson, Miro Sprague, Jerome Jennings, and Jeff Johnson. Also an accomplished vocal instructor, Allyson travels the world teaching, touring, and playing the major jazz festivals, concert venues, and clubs of the U.S. and overseas.

Allyson’s impressive discography culminated last year with the release of Some of that Sunshine, her first collection of all-original tracks and a further testament to her already impressive creative output. As Christopher Loudon writes in Jazz Times, “With Some of That Sunshine, Allyson unleashes her equally impressive dexterity as a songwriter.” Allyson is accompanied on the record by Miro Sprague on keyboard, Chris Caswell, who also serves as producer and co-writer on many of the tracks), bassist Jeff Johnson, guitarist Rod Fleeman, and drummer Jerome Jennings, with special guests Regina Carter and Houston Person. The record includes tracks that touch on social change and romantic disillusion while maintaining a joyous, bittersweet optimism. Throughout her other recordings, she has always been intrinsically involved in the arrangements, creating them all for Many a New Day, among others. With Some of that Sunshine Allyson comes full circle.

With fifteen albums released so far, and always more exciting projects in the works, Allyson’s range and creativity seems to have no bounds. What unites this wide world of music is Allyson’s warmth and depth. She’s not just singing a lyric, she’s telling you her story. And then that becomes your story. You hear the music from the inside out.