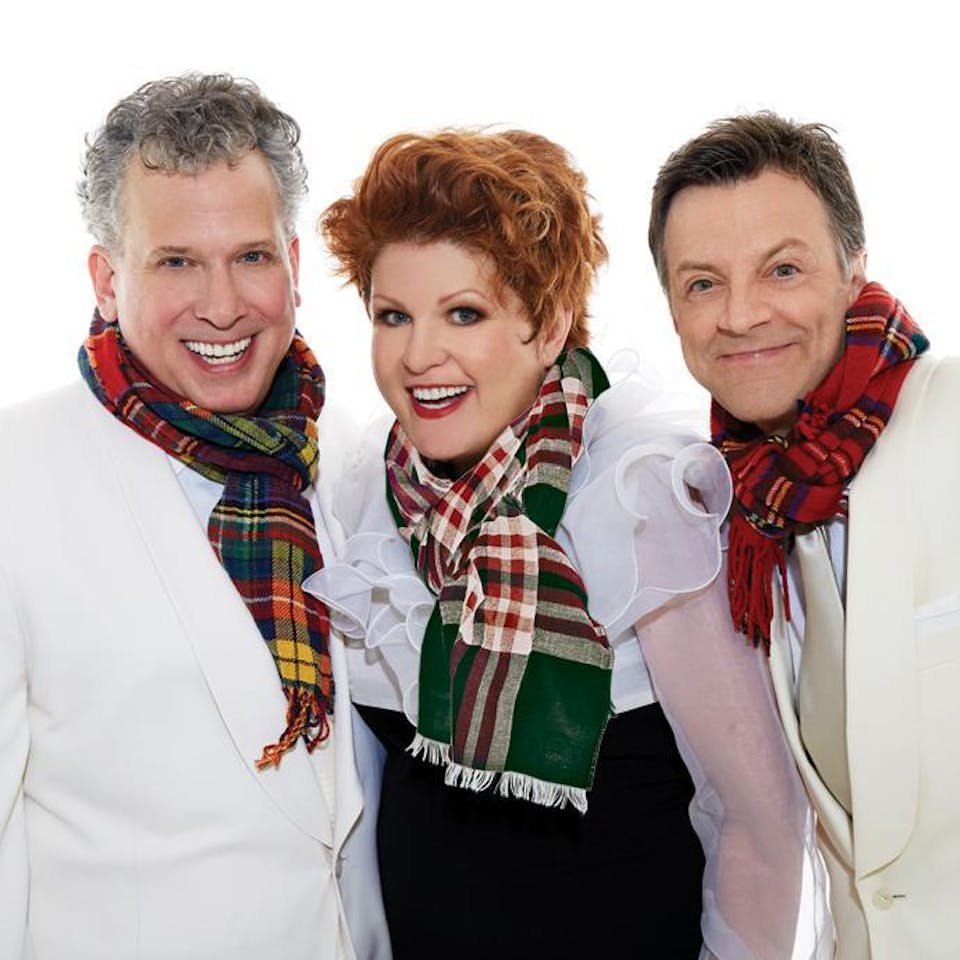 Return to Birdland for the TENTH Year

Birdland is proud to announce the TENTH year of “A Swinging Birdland Christmas,” starring Birdland regulars Klea Blackhurst, Jim Caruso and Billy Stritch. This will be a limited engagement of five performances, December 21 - 25. All shows are at 5:30pm except Monday, December 23 at 7pm.

In conjunction with the run, the trio is proud to be releasing a new cd, “Christmas at Birdland,” produced by Wayne Haun, released on Club44 Records, and distributed worldwide through Sony/Provident Distribution.

In the tradition of beloved seasonal specials, Blackhurst, Caruso and Stritch will perform swinging arrangements of “Christmas Waltz,” Kay Thompson’s “Holiday Season,” “Sleigh Ride,” “I’ve Got My Love To Keep Me Warm,” “Snow,” and “It Happened In Sun Valley,” among other favorites. The singers will be joined by Steve Doyle on bass and Daniel Glass on drums.

KLEA BLACKHURST is an actress, singer and comedienne known for her award-winning tribute to Ethel Merman, Everything The Traffic Will Allow. Most recently she appeared Off-Broadway with Hayley Mills in the comedy, Party Face, at City Center Stage 2. She starred in Hazel during its world premiere production at Drury Lane in Chicago, as Dolly Levi in the highly acclaimed Fiftieth Anniversary production of Hello, Dolly! at The Goodspeed Opera House and as Miss Lemon in The Nutty Professor, which premiered in Nashville, directed by legendary comedian, Jerry Lewis and featuring a score by Marvin Hamlisch and Rupert Holmes. Klea also played Rose in Drury Lane Chicago’s production of Gypsy, garnishing rave reviews in 2012. She’s performed with symphony orchestras and in theatrical productions across the country and abroad including the London Palladium presentation of Jerry Herman’s Broadway with Angela Lansbury, the Pittsburgh Symphony Orchestra tribute to Marvin Hamlisch,, the Atlanta Symphony Orchestra, 15 Mabel Mercer Foundation Cabaret Conventions, New York’s Town Hall, Jazz at Lincoln Center, Carnegie Hall, New York’s 92nd Street Y Lyrics & Lyricists, The Chicago Humanities Festival and as Ado Annie in the BBC Proms concert of Oklahoma! in London’s Royal Albert Hall. In addition to regular appearances at New York’s famed Birdland, Klea’s nightclub engagements include tributes to the Broadway career of composer Vernon Duke at the Café Carlyle with a subsequent sold-out engagement at Joe's Pub at The Public Theater and “Dreaming of a Song: The Music of Hoagy Carmichael,” a collaboration with Billy Stritch. On television she has appeared in Ryan Murphy’s Pose and The Knick, on Showtime. She spent two seasons as former prosecutor, Shelby Cross, on the IFC Channel comedy series, Onion News Network. She’s done the requisite Law and Order: SVU, spent a week on Sesame Street and was a musical guest on The Rosie O’Donnell Show.

JIM CARUSO recently made his Broadway debut alongside Liza Minnelli in the Tony Award-winning smash hit Liza’s At The Palace!, singing, dancing and celebrating the music and arrangements of the late, great Kay Thompson and the Williams Brothers. Caruso has won six MAC and two BackStage Bistro Awards for his sold-out New York shows at Birdland, the Algonquin Hotel, and Arci’s Place; and has also performed in runs at the Gardenia and Cinegrill in Los Angeles, The Vic Theater in Chicago, Libby’s in Atlanta, the Colony Palm Beach Hotel and the Connaught Room in London. He sang with the New York Pops in an all-star tribute to Kander & Ebb at Carnegie Hall, and returned to “The Hall” in a tribute to Bob Hope and Bing Crosby, hosted by Michael Feinstein. He was invited to sing at President Clinton’s First State Dinner at the White House, and celebrated Bing Crosby in concert at Carnegie Hall with Rosemary Clooney. For the past seventeen years, he has hosted a Monday night showbiz bash called "Jim Caruso’s Cast Party," which celebrates talent across the country. He croons regularly with Billy Stritch at Bemelmans at The Carlyle Hotel, and his solo recordings include “Caruso Live and In Person” and “The Swing Set.”

BILLY STRITCH is one of the premier singer-pianists on the New York and national jazz and cabaret scene. His most recent nightclub act “Billy Stritch sings the Mel Tormé Songbook” earned rave reviews from the New York music critics. Stritch has appeared in cabaret venues across the nation as well as concert performances at the London Palladium, NHK Hall in Tokyo and Rio de Janeiro’s Municipale Auditorium. In New York, he has performed at Lincoln Center and Carnegie Hall and completed 688 performances as Oscar the rehearsal pianist in the 2001 Broadway revival of 42nd Street, which starred Christine Ebersole. It was in this production that Billy and Christine initially met, laying the groundwork for a happy and mutually rewarding musical collaboration. Their CD release “In Your Dreams” is available on Ghostlight Records. Billy is also a songwriter and arranger, and his composition “Does He Love You” was recorded by Reba McEntire and Linda Davis. The single reached the number one spot on the Billboard Country chart, winning a Grammy Award and selling over five million copies along the way. He has arranged for many top performers and is a frequent collaborator with Liza Minnelli, having written the arrangements for Minnelli On Minnelli at the Palace Theater, Liza’s Christmas at Town Hall, and was musical supervisor and pianist for the Tony Award-winning, Liza’s At The Palace. Billy has played and sung on numerous television shows including “The Rosie O’Donnell Show,” “Oprah,” “The CBS Morning Show,” “The Today Show” and “Inside The Actor’s Studio”. He has four solo CDs to his credit, including “Billy Stritch Sings Mel Tormé,” “The Waters of March,” “Jazz Live,” and “Billy Stritch.” He is the winner of the Nashville Music City News Award, a BMI Song of the Year Award, and four awards from the Manhattan Association of Clubs and Cabarets.